Then, I took it on my trip in April and used little else. I still enjoy Fuji Neopan Acros’s night time abilities which mean that I won’t switch completely, but for general use, FP4 is much better value and importantly, it means that in my own small way, I’ll be supporting a company who gives a shit about film photography, rather than one who look to be running down stocks in their supply chain before ceasing manufacture.

Anyway, in the last couple of weeks I took a walk in the Peaks, spent quality time in the woods with Emily, and made two trips to the seaside.

First up, a walk in Derbyshire, along White Edge, around Bolehill Quarry, and then back along Curbar Edge. It’s an area that I used to know very well. I even spent some time volunteering as a National Park Ranger and so was up there every other Sunday, walking all over the park. In the last couple of years, I’ve not had the time spend up there, but after this trip, vowed to do so. 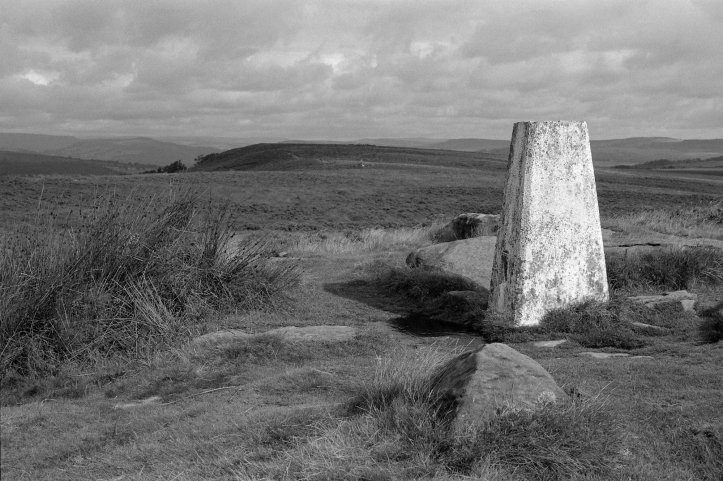 Along the way, I found the Companion Stone on White Edge. This is an arts project that places sculpture, carved with a poem, into ancient stoops. It might make for an interesting project to return and photograph each one (although with a little more depth of field than my picture here). 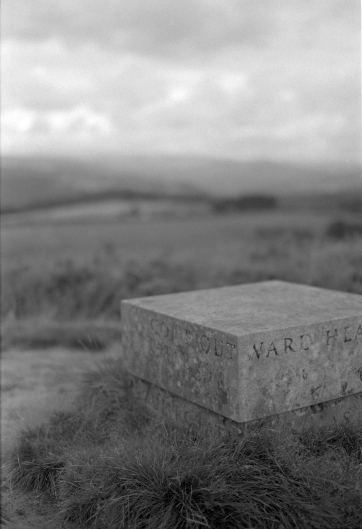 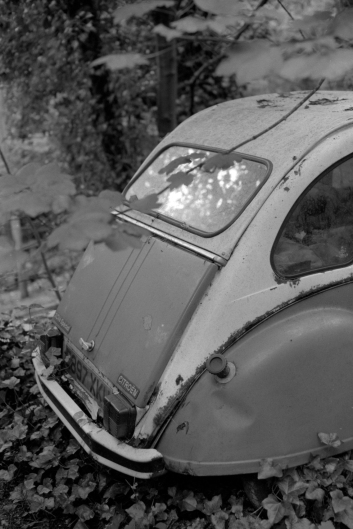 Bolehill remains the strange place that I remember. It is a former quarry where millstones were made. Now, silver birch trees grow across the site making it difficult to imagine how it might have looked. It is split across several levels, presumably where rock has been removed and lowered down the hillside. 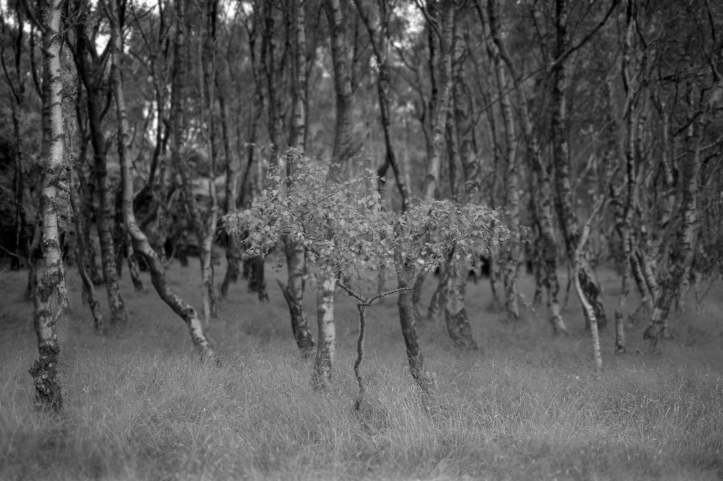 In one area, scores of abandoned millstones remain. Some are damaged and are presumably yield from the manufacturing process; others remain whole and look to have been left when production ceased. 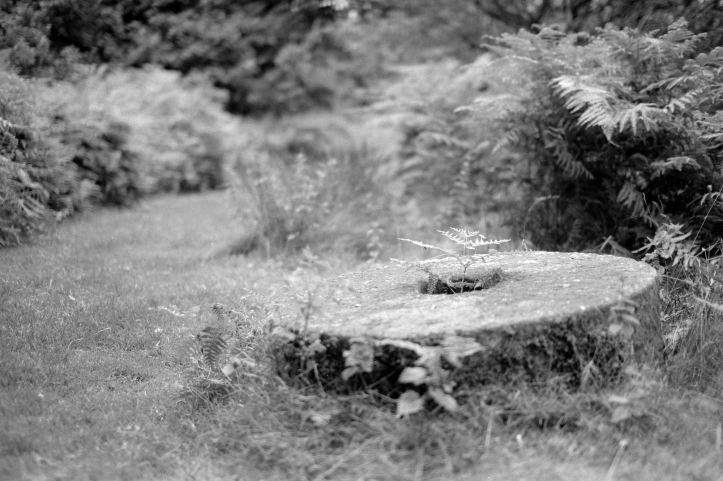 It’s now another spot that is popular with climbers and the arcing cliff provides a spectacular place to watch these human spiders make their way up the sheer face.

Emily’s Grandma was in town, and so I had fewer baby-sitting responsibilities for the weekend, so I decided to take my new car (more on that soon) for a run to the coast. 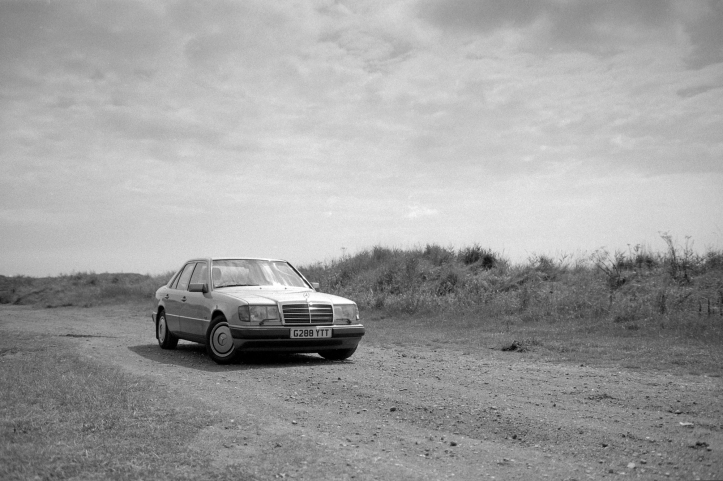 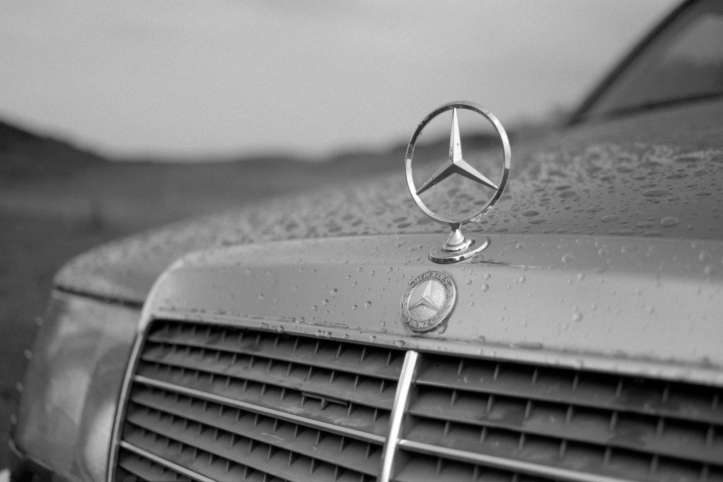 As a kid, our family used to make the trek to Mogg’s Eye frequently. During the heatwave summer of ’76, we were there almost every weekend (apparently).
The coast is a couple of hours from home, and as I’ve written repeatedly here, seeing the sea is still an event for someone brought up just about as far from the sea as you can be on our island (I can’t imagine how you’d feel seeing the ocean if you live in Nebraska or somewhere).

Mogg’s Eye is pretty much just a grassy car park in the dunes on the Lincolnshire coast. The attraction is that there’s nothing there, other than a toilet block. It sits far enough away from the bright lights of Skegness to the south, and Mablethorpe to the north to be pretty much deserted much of the time, especially on a day with strong winds and rain forecast.What Mogg’s Eye can boast is a large, clean(ish) beach.
As a kid, I remember that we were whipped up into a frenzy of excitement in the minutes before we arrived with shouts of “first one to see the sea” and “last one with wet feet is a custard” etc. (although it was always impossible to see the sea in advance because of the pan-flat fenland and dunes).
Our first glimpse would be a view like that below as we rushed through the dunes, and I still get a buzz from it all these years later, even in the rain. 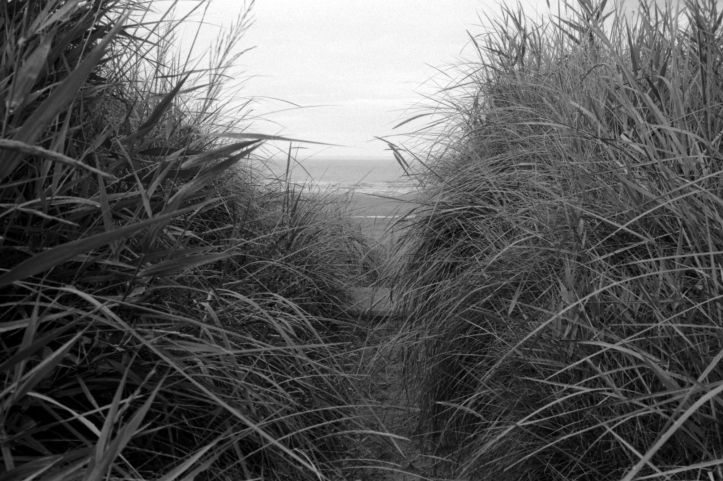 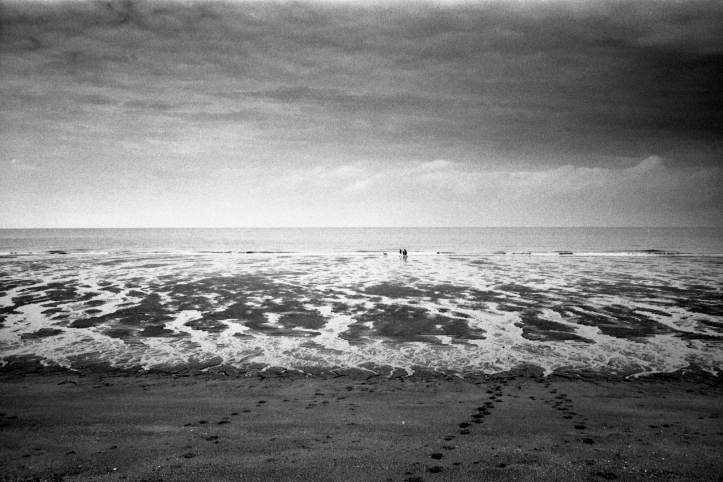 I made a return visit the next weekend with the rest of the family in much better weather. Emily got the hang of things pretty quickly… 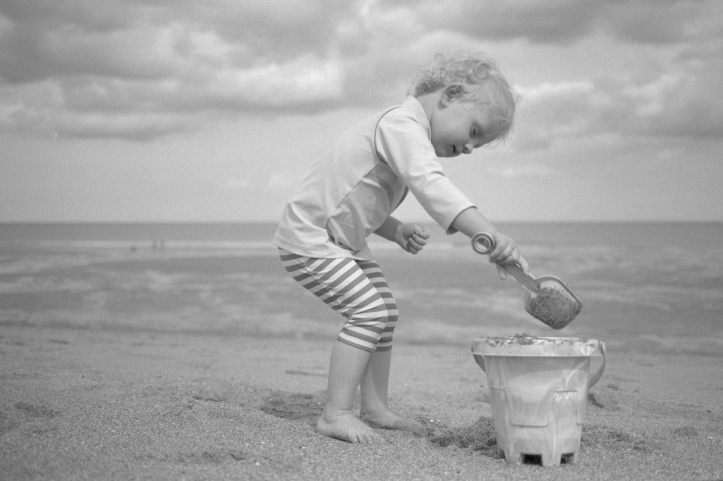 And so a few film finishers taken closer to home… 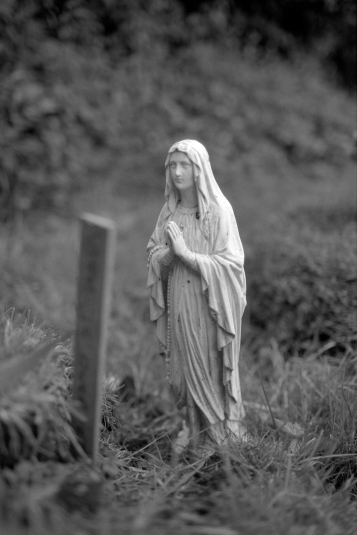 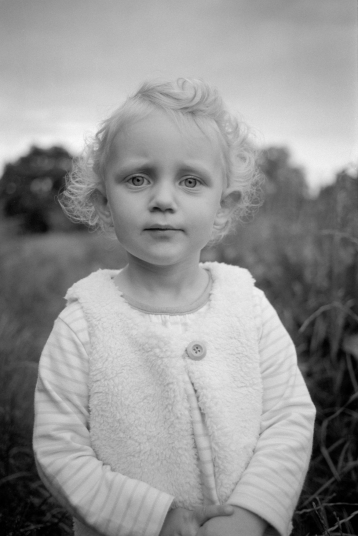 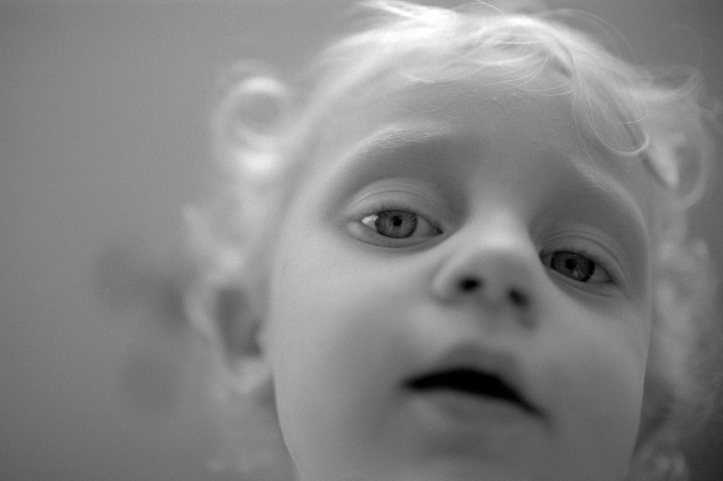 As I say, FP4 continues to do everything that I ask of it and I’m pleased to have some more in the freezer. Watch this space…