Six months ago, I wrote here and over on Emulsive about starting a couple of solargraphs on the summer solstice. These beer cans with holes in, containing a sheet of photo-paper, would record the path of the sun as it crossed the sky from its highest pass on the 21st of June, to its lowest on the 21st of December*.

Those long, hot summer days seem a long time ago. Now, the sun barely creeps above the horizon, and then only sticks around for a few hours. But I won’t complain that the weather in the UK is always miserable as the evidence of these cans suggests otherwise. I’ve not counted how many lines there are here, but from a maximum of 180*, there’s a good proportion of days of sunshine. Where the line breaks up, there was intermittent cloud cover.

The first can, that I’d had high hopes for, sat on a flat roof on one of the buildings at work that usually suffers from standing water. I’d hoped that the result would be reflected sun trails.

Having fetched down the cans and eagerly scanned them, I was disappointed to see that for some reason, the solargraph exposure had ended after a month or so. I’ve no idea why, but given the location, the hole in the can might have been blocked by dust or perhaps a spider moved in. 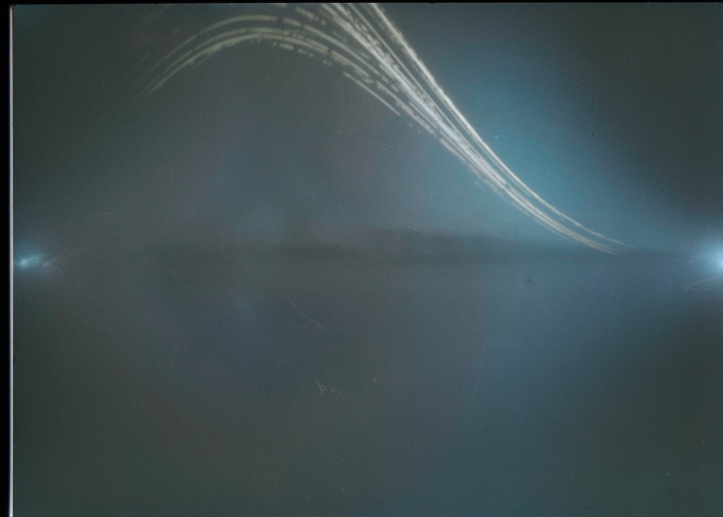 The other can was attached to the side of our shed. I’d actually had to pause the exposure (by sticking a bit of tape across the hole) at one point as I’d had a big autumn bonfire right in front of it and didn’t want to over-expose the paper. 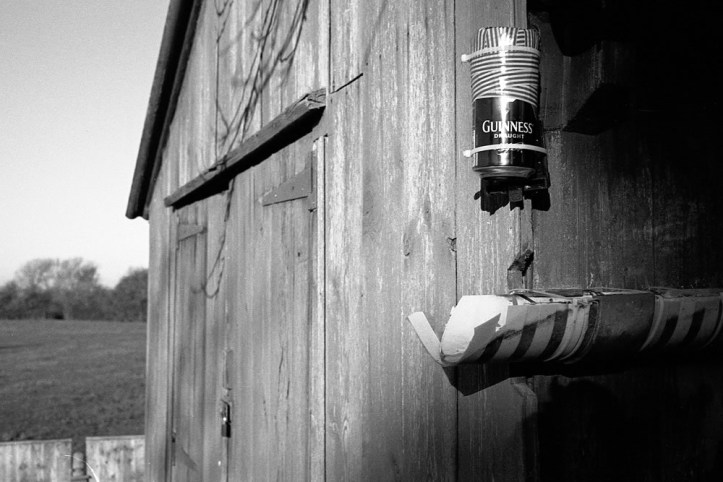 This can yielded a better result and while there’s no foreground detail (as the grass and bushes in front of the camera of green on green and unlikely to be picked up on such an exposure) there is a full compliment of sun trails.

Over the next couple of days, I hope to see other people’s results from similar, solstice to solstice exposures. The guys at The SolarCan certainly seem to know of a few that’ll be coming down.

Of course with the sun at it’s lowest point, tomorrow (the 21st December) is also the perfect day to begin another six-month exposure as the sun returns to its summer heights. You may well have the necessary ‘equipment’ around the house to get one made or you might want to save your DIY skills and buy one from SolarCan. No-one’s going to know if you start the exposure a couple of days late.

See you in June…

*I wan’t going to be able to take the cans down on the 21st, and so had to end the exposures a couple of days early. Given the thick cloud today, I don’t think it’ll have made much difference.