The Ghost of New Walk Centre.

The New Walk Centre in Leicester was the City Council’s headquarters since the mid-70s and the twin-towers, being among the city’s tallest buildings, have been a landmark feature on the skyline all of my life. For people living and working close to the buildings, they’ve been an unsightly barrier between the streets and businesses in the area and natural sunlight. So when plans were announced to demolish the buildings, or more accurately, put them out of their misery, there was no rush to form a campaign group to save them.

The council wanted to mark the building’s passing and an arts project was run to record the last year of the its life. Four visits were made, one each season of the year, by a small group of photographers, painters, film makers and visual artists, each capturing the view from the 12th floor in their own way. I managed to get a spot on the final visit, on a crisp, cold December afternoon. I made a few photographs but mainly took in the views across the city from such an elevated and central location. It was fascinating and the sunset beautiful. I envied the people who worked in the office we were shooting from and wondered how they ever worked with such distractions in all directions. I compared the outlook with my own workplace, a room with no natural light at any time of year.

The work produced during those visits was drawn together for an exhibition at the city’s LCB Depot. I chose to show one picture and had a couple more used as the promotional images for the show.

My involvement in the project had led me to consider how the city might look without the buildings. Their position meant that they stood at the intersection of several streets,  at the end of many sight lines. The streets that were blocked would be opened up for the first time in more than 40 years. I thought about how I may be able to capture this photographically. I could of course set up a digital camera very accurately and shoot before and after shots, presenting them side-by-side or even overlaying them. The idea of shooting double exposures on film seemed to suit my style a little more, and the idea of using a Holga inspired by a feature in Black and White Photography magazine. 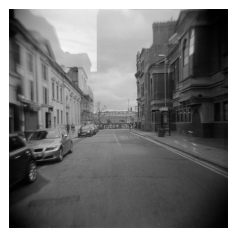 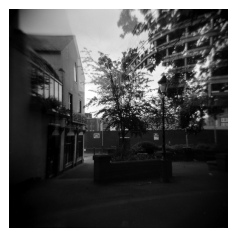 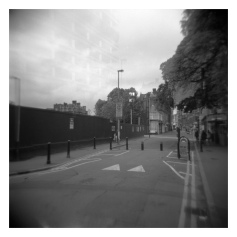 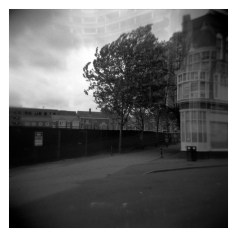 My plan was to shoot before the buildings came down, making notes of here each picture was taken. I’d then return and shoot the same view once the buildings were down. Being a Holga, the viewfinder is almost useless and so the alignment was only ever going to be approximate at best.

Almost 5 months after shooting the first 12 shots, I wound back the film and returned to take 12 more. Between February and late June, the leaves have grown on the trees, blocking some of the original views. Where that had happened, strange ghosts of the buildings appeared in the foliage.

The pictures that I like best from the set are the ones where the building is faint and ghost-like. Walking around the area now, as it is being tidied up, it’s almost how it feels; like the building’s spirit is still there… 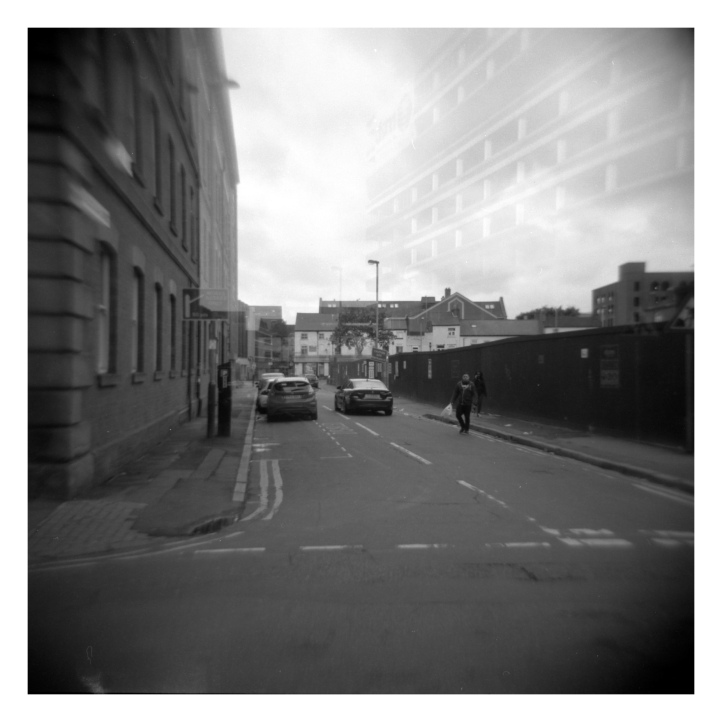