Last weekend, I took a trip up to Derby to see the biennial Format Festival. As usual, it’s an excellent show with a real variety of artists and locations in which to see the work. There is a limited amount of that awful ‘photographic art’ at the festival (think BJP cover with a skinny, ill looking woman standing in a paddling pool with a lampshade
on her head, photographed on a large-format camera), but lots of well thought-out and executed photographic projects, that are both stimulating and inspirational.

I only had 5 hours to see the 14 venues and in the event, only got to around two-thirds of them. I was going to attempt ½ a pint in each of the ten venues on the festival’s ale trail too but was even less successful there (just four beers in two venues!). I plan to go again and will write something about the work on show then. For now, it’s just the snaps from the roll of Tri-X I shot that day…

I took the train up, and though it’s only 25 miles or so from home, a journey by train always feels like more of an adventure. The greeting that Derby offers, a pretty grim row of shops (including Mr Booze Express!) soon brings the arriving traveller back to reality… If only the station exited 100m or so to the right, we’d be greeted by the magnificent row of workers’ houses along Railway Terrace.

As usual, the festival has found interesting venues in which to show the work, including open air spaces, cafés, the university, museums as well as the more orthodox Quad gallery.  The most interesting was the Grade 1 listed Pearson building, which I understand is a former school that has stood empty for many years. It appears to have been cleaned up to a level just sufficient to satisfy ‘health and safety’, but left with peeling paint and holes in the windows.

Upstairs, in what appeared to be an old theatre, two of the festival volunteers were learning piano tunes by following YouTube clips, their one-fingered efforts echoing through the empty house. It was welcome comic relief from the tremendously powerful work by a group of Slovenian photographers, covering the plight of Syrian refugees passing through their region on their walk to Europe. 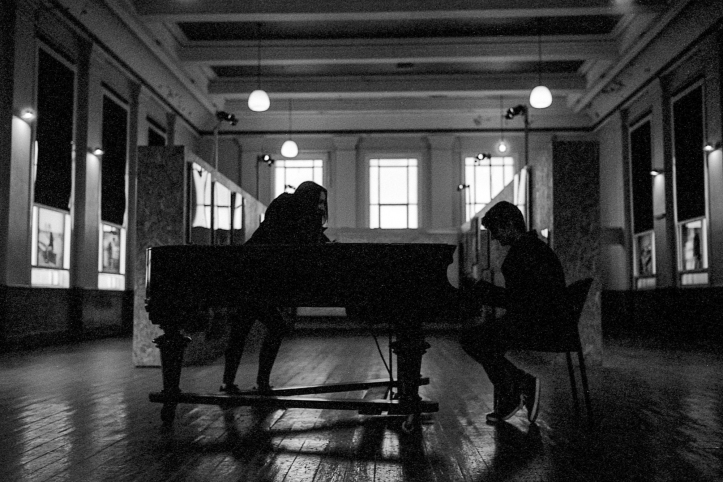 Jarringly, the square outside of the festival’s headquarters at Quad had been completely filled by the big-top variety show featuring the LadyBoys of Bangkok. A group of bikini-clad ‘ladyboys’ arrived through the Derby murk as I did and didn’t seem to think a great deal to the concrete bulk of the Assembly Rooms, instead rushing inside to ‘get into character’.

Later in the day, I passed back through the square and could hear the ringmaster inside whipping up the crowd with shouts of ‘Do you wanna see more?’. The response was pretty muted to say the least.

After an all too brief pilgrimage to the Brunswick, the best pub in the Midlands in my experience, it was back to the train.

I was met at the station by G and E, and spent the last part of the day with my daughter, displaying welcome patience so that Dad could finish his roll…

As usual, click on one of the pictures in the mosaic below to scroll through at full size… 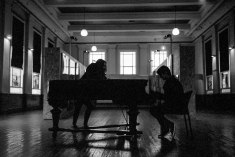 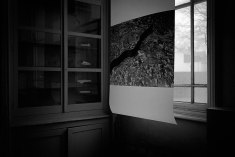 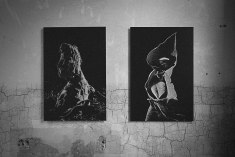 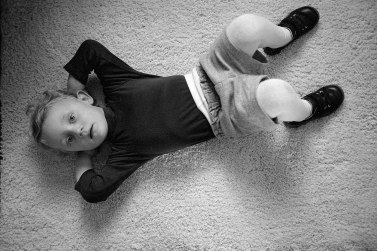