Last Thursday, I took the afternoon off work and headed to Derby to see the final part of Max Kandhola’s Aura of Boxing show. You may remember from my previous post that the show is the realisation of Kandhola’s 17 year study into ‘the aesthetic and moral conflicts of the boxer within the spatial interior of the pugilistic landscape’.

The exhibition has been split across three venues: 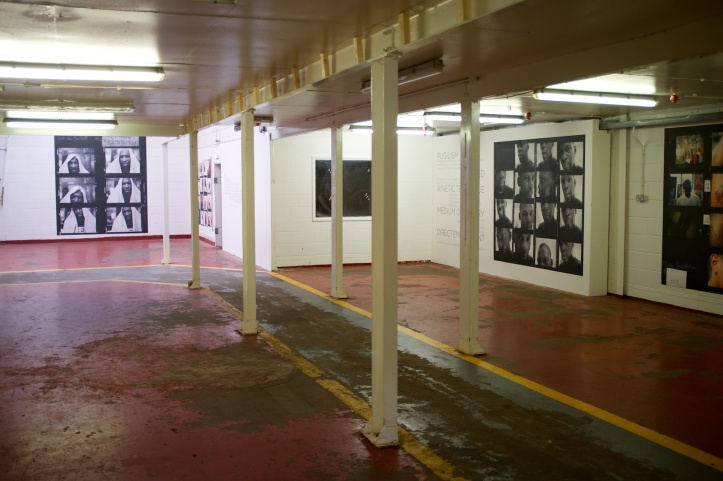 The Chocolate Factory is an interesting space for such an exhibition. It’s an old industrial unit that seems to be without heating or any attempt to welcome its visitors, other than the cheery staff. It does allow the images to be shown at a scale that the artist wished and in an environment that is similar to those used by boxing gyms.

During my visit, the artist was leading a tour of the work, providing a valuable insight into his methods. 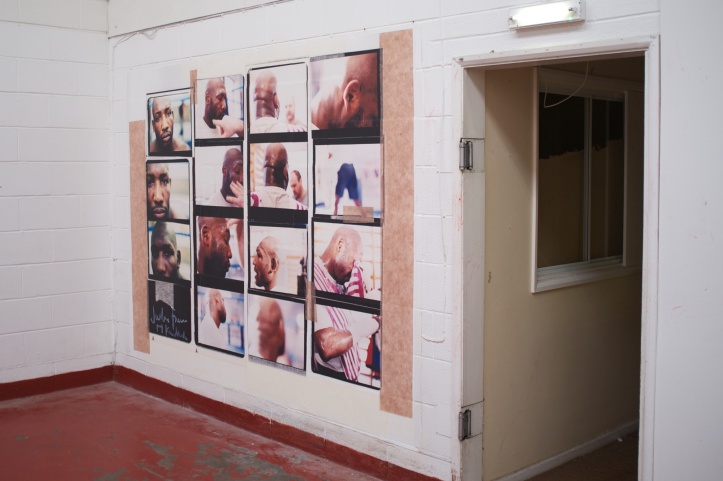 The images are again printed on canvas and glued directly to the walls, like the posters advertising fight nights that are featured occasionally – they look superb. Kandhola says that he presents his work without frames or glass to stop them becoming precious or ‘pieces of art’,  in turn, removing a barrier to the viewer.

The work, when presented at this scale and with the repetition of a contact sheet, becomes detailed and almost forensic.

Like the black and white images, only one boxer ever features in each frame. There are no fights, no ‘Mr Universe’ poses. Instead, it feels like a personal encounter with the individual athlete and gives us a taste of the dedication that the subjects show for their sport. We see the sport in its purest sense with all romanticism and gloss stripped away. As the title suggests, the work is about the aura, the feeling, the experience. Strangely, while he photographs around the subject, it takes us straight to the heart of it. 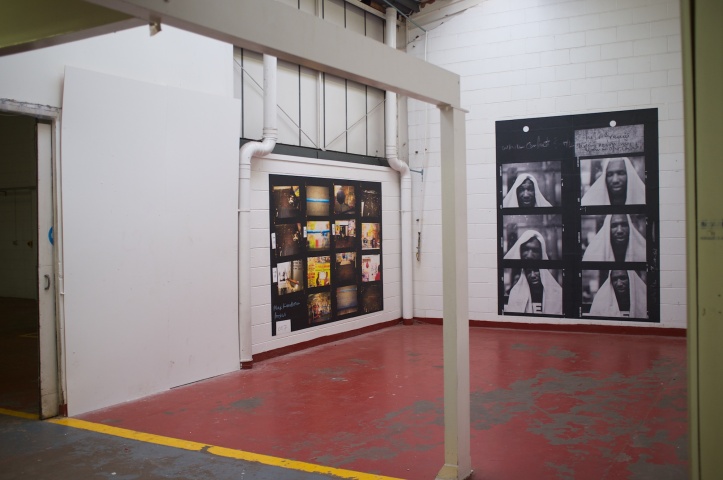 The contact sheets show us a little of Kandhola’s method and his discipline. He doesn’t take many pictures of each scene, photographing only what he ‘needs’ to to produce his vision and version of the scene. He isn’t distracted from that original idea. 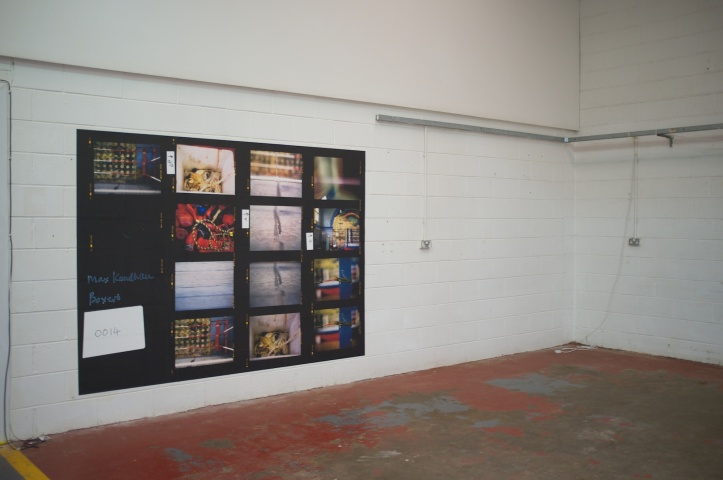 When speaking to Max Kandhola, that is the lesson that comes across most strongly, and one that I desperately need to learn. Discipline is essential in photography.

whatever you’re shooting, shoot only that