If you read my last post, you’ll have seen the story of a day trip to Dingle and flying lap of the peninsula.
As usual, I was carrying more gear than necessary and so shot the digital pictures in that previous post, and the snaps below using my Mamiya C330f and Ilford FP4+ film. Being a TLR, using filters is difficult, unless you’re prepared to just hold a filter in front of the ‘taking’ lens.

I got to Conor Pass as dawn ‘broke’; a spectacular place and home to some well known Irish photographic clichés. 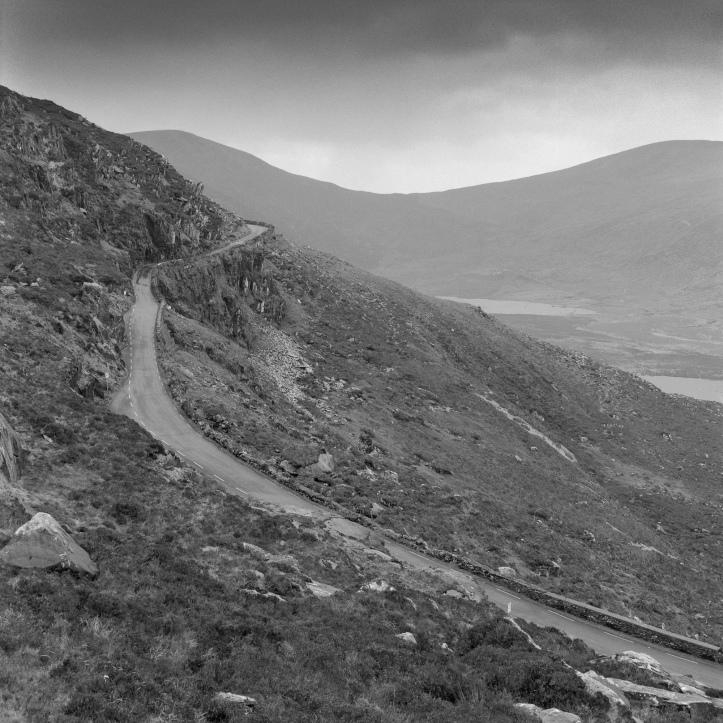 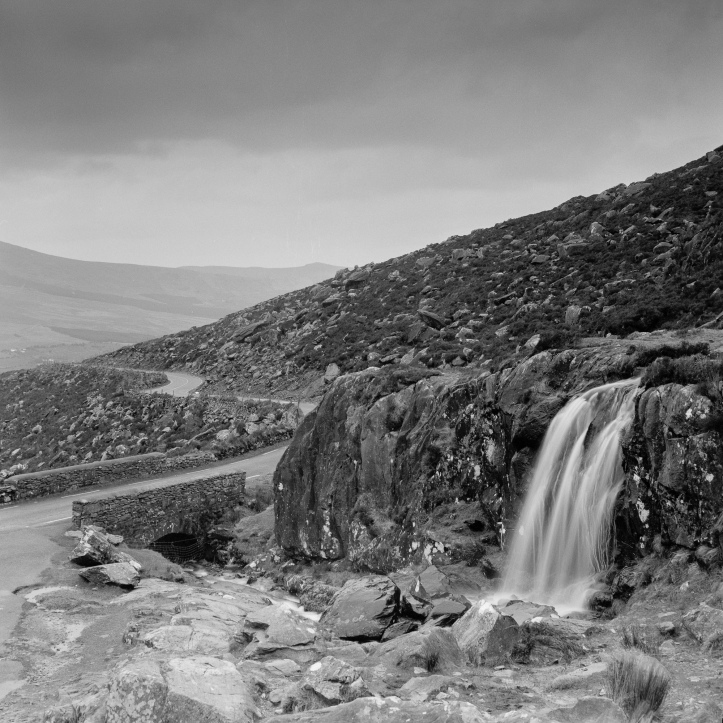 I passed through Dingle town and headed for Dunmore Head, what the farmer charging €2 to walk his path calls ‘the westernmost point in ‘mainland’ Europe’. In the gale force winds, it felt like the end of the earth as I looked out at the bleak Blasket Islands, across the crashing waves.

There’s a fascinating story about the last child living on the Blaskets before they were evacuated in the 1950s. A photojournalist did a story about how tough life was on the islands and how ‘the loneliest boy in the world‘ only had adults and seagulls for friends. The story did the ’50s equivalent of ‘going viral’ and offers to adopt the boy flooded in. 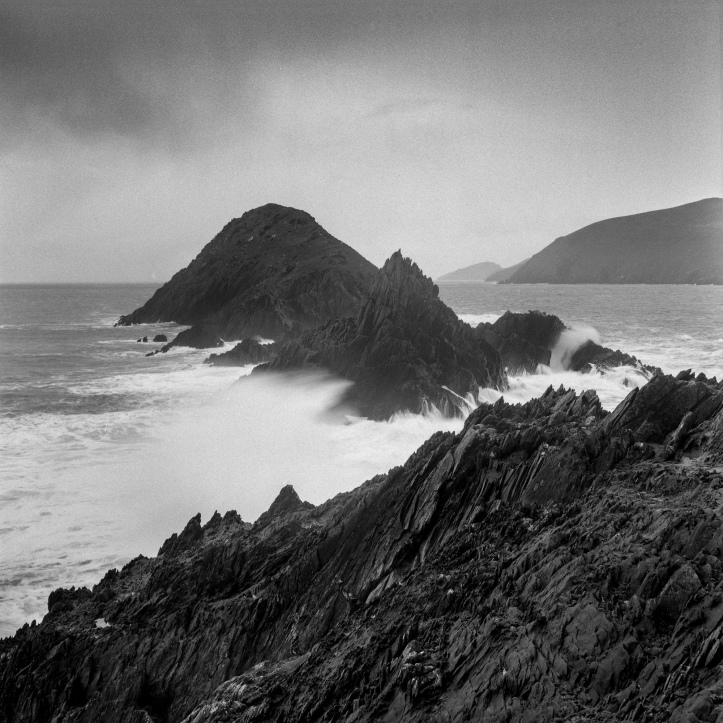 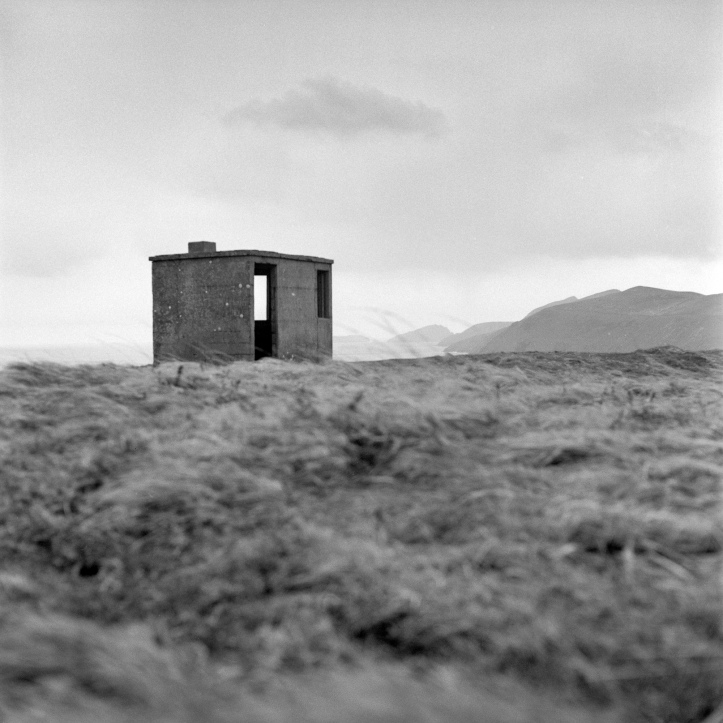 The old harbour at Dunquin is incredible. A concrete paths drops steeply down the side of a cliff to a jetty protected from the worst of the sea conditions by two huge, pyramid shaped rocks. Again, having the luxury of being able to get to these places in a couple of hours means that I can visit before the summer crowds.
For me, the bleak weather and the fact that I saw almost no one the whole day, just add to the atmosphere of these places and the feeling that they’re fighting a timeless battle with the sea. 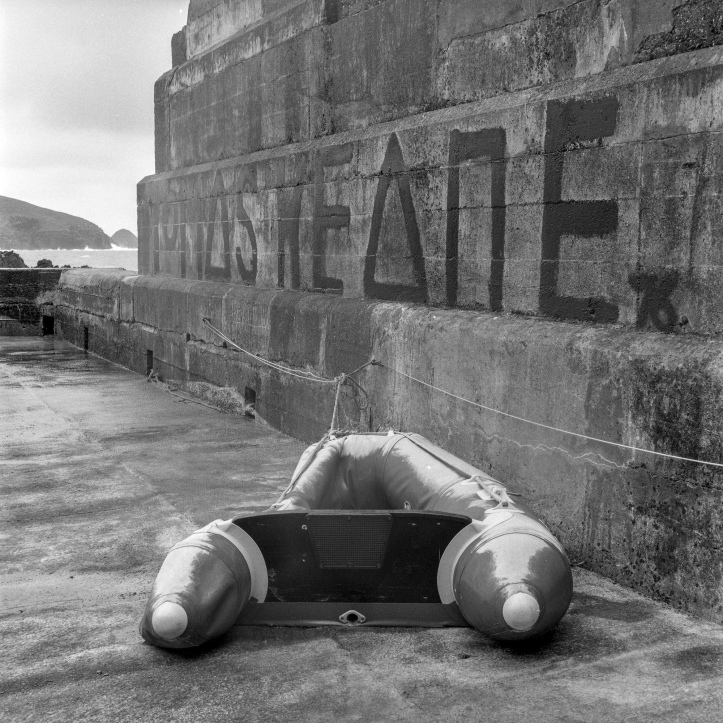 Before heading home, I stopped off at Minard Castle and it’s pretty beach. The southern coast of the Dingle Peninsula is well protected from the Atlantic and was much calmer. The view across to Iveragh and the high mountains was an ideal way to see out the last of the daylight and to start dreaming of the next trip to explore that area… 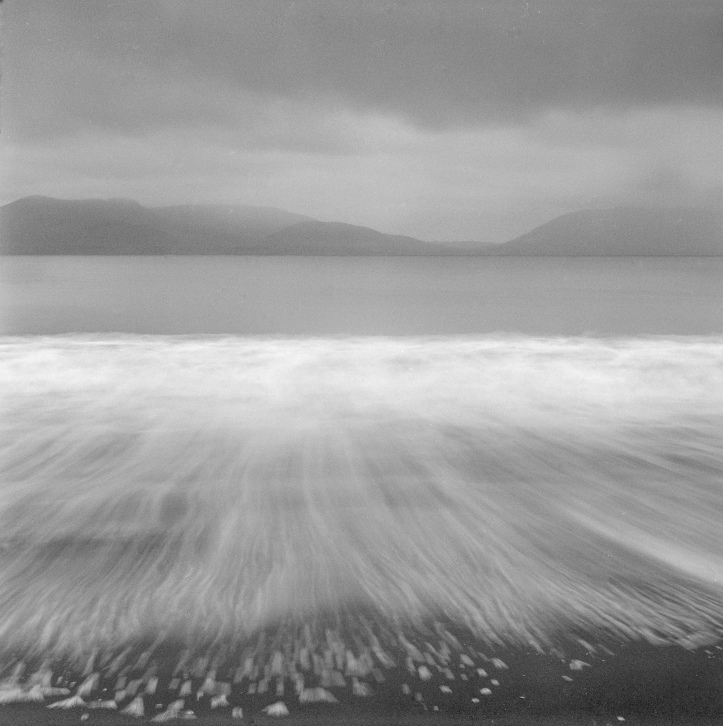 These pictures were all taken with a Mamiya C330f twin lens reflex film camera on Ilford’s FP4+ film. I processed it at home in Ilford Ilfotec HC and scanned the negatives using an Epson V800 Photo scanner.