Portugal with a TLR (part two).

Welcome along to the final post about our recent trip to Portugal.
– the first told the story of a wasted opportunity to take a once (well, twice) in a lifetime photograph;
– the second post was about the gear I took;
– the third was mostly pictures taken on the beach close to where we stayed;
– and this post is about some of the places that I visited while i was there.

A couple of weeks before we went, I tweeted something about ‘What film for Portugal in October?’ and amongst the replies I received was a message from Angelo C (you might know his YouTube channel). He was born and raised near to where we were staying and gave me some excellent recommendations of places to visit, including a few that were off the usual tourist trail. It was another example of the friendliness and generosity of the film community (I sent him a print to say thank you).

First among them was Loulé, a town close to the tourist honeypots of Vilamoura and Albufeira but with a laid back feel and beautiful town centre. As usual, these more common attractions held less appeal to me than some of the backstreets and alleyways that I spent a few hours exploring.
My exploration was halted somewhat when I found the excellent Beer District pub, an newly opened craft beer place run by a Spanish couple and selling some delicious local brews. I loaded up the boot of the hire car with provisions that meant I didn’t have to bare the dreadful, all-inclusive SuperBock. 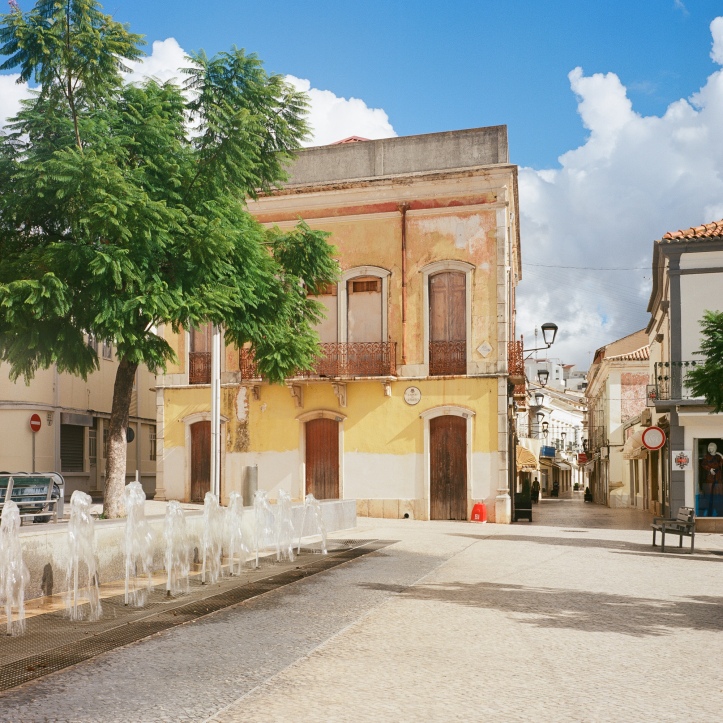 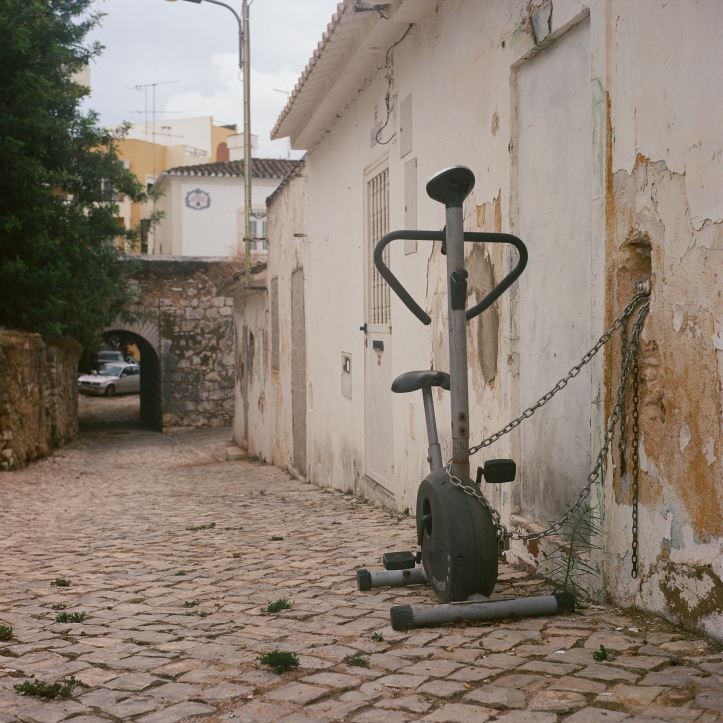 Between our hotel and Loulé was the delightful, and quintessentially Portuguese Igreja de Sao Lourenco de Almancil. The interior is truly stunning (apparently, it was closed when I got there!). 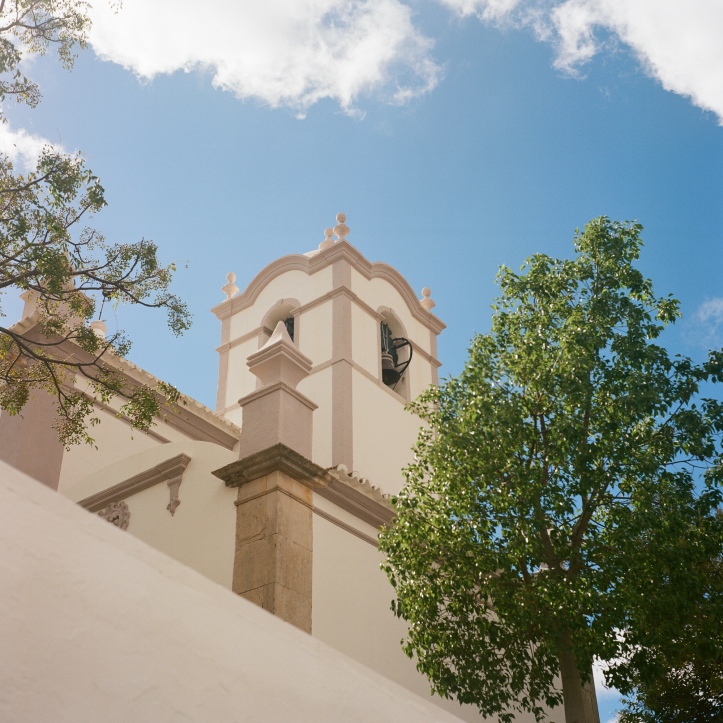 Next day, I took a trip up into the mountains and went via the fortress town of Silves…

…to the hilltop town of Monchique.
The cork trees and palms on the periphery of the village were black and the smell of smoke was still in the air. In places, it was clear how close the fire had come to the homes and buildings and one could only imagine the terror of being surrounded by the flames closing in. It must have been quite a firefighting effort as even though the blackened areas were within meters, little damage appeared to have been done to property.

It was powerful to see new growth on many of the trees already, and a reminder that nature will always recover.

An abandoned convent overlooks Monchique. It seems to have fairly unfriendly squatters living in it, but its view of the town and surrounding hills make the walk up to it worthwhile. On the path between the town and the convent, a guy was busking and although he didn’t stop singing as I passed, he bullied me with his eyes into throwing a little cash into his upturned cap.
I kept him waiting until I walked back down toward the town, and made sure the he saw the two Euro coin I sent his way before asking him for a picture.
While it might look like he was blowing me a kiss, it was actually a whistle solo that formed part of his performance. 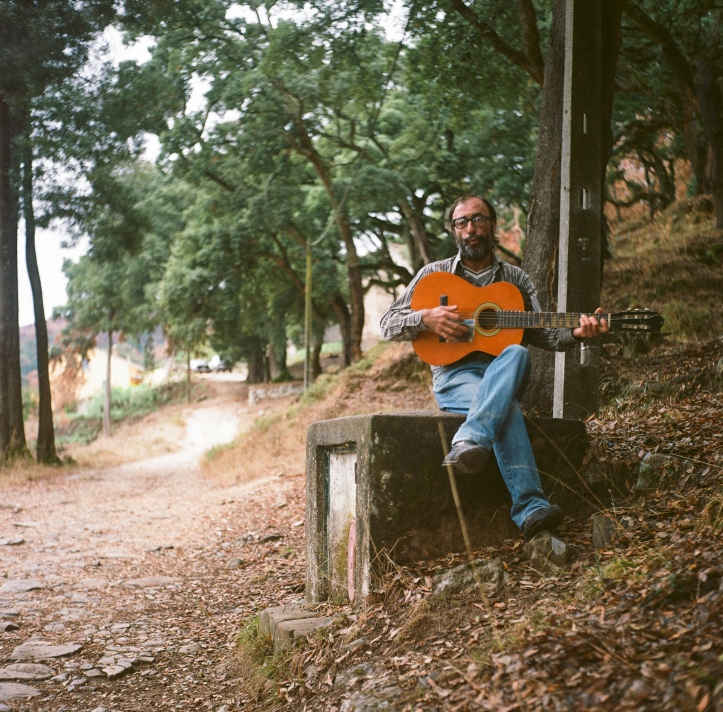 This was my second visit to Portugal and it is somewhere that I really like. While I was there, I exchanged a few more messages with Angelo and explained that I felt slightly conflicted by the tourist areas along the southern coast. There are so many resorts, hotels, pubs and attractions catering for the tourists from Northern Europe, that the area seems to have almost completely lost its Portuguese identity. But, as I was a tourist from Northern Europe, it was difficult to complain too much.
My trip into the towns slightly further north reassured me that this identity and culture is still there if you can look beyond the Irish pubs and all-day full-English breakfasts.

As for the pictures, I love how the Ektar/Yashica combination looks. It’s the same combination I used in Tenerife a couple of years ago and certainly one that I’ll use the next time I’m lucky enough to travel to the sun.