Max Kandhola – The Aura of Boxing

This morning, my wife decided that she would take my mother-in-law to a show in Nottingham. I was invited along, but an unspoken understanding ensured that I would do something else while they enjoyed ‘Singing in the Rain’.  My deep-rooted dislike of musicals is well known. There are a couple of exceptions (The Blues Brothers and The Rocky Horror Picture Show (in small doses and in the right company)), but generally their contrived conversations-in-song and chirpy chorus lines are all a bit much for me.

So in the minutes before we left to catch the train, I turned to the news pages of Black+White Photography Magazine and found that the New Art Exchange was showing The Aura of Boxing: The Black and White Series by Max Kandhola. Googling further once aboard the train, I discovered that the artist was leading a tour of the show and our timing looked to be perfect. 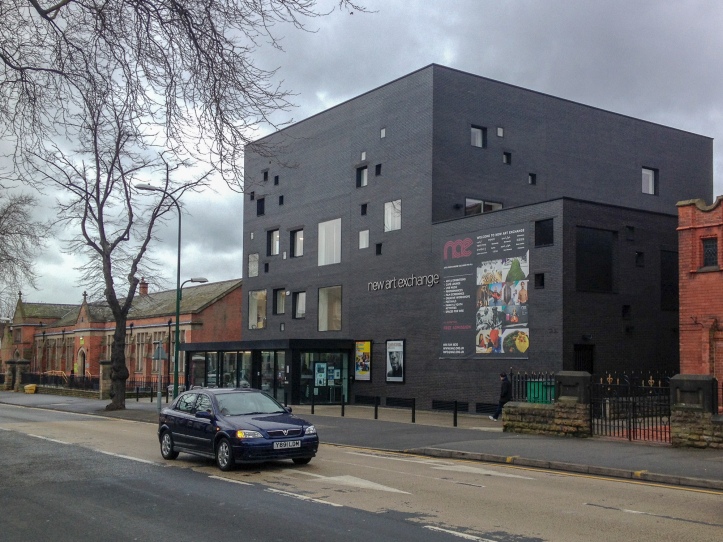 I arrived at the gallery and managed a quick look at the work on show before the tour started. The scale of the images on show was incredible – the largest 6m tall by 3m wide and each printed onto textured canvas of some description, that was stuck directly to the walls (it was printed by local firm John E Wright). The work spreads across both the main gallery and the mezzanine area above, with a subtly different feel to the upper level. Downstairs is stripped bare and feels like an old warehouse that may have been converted to a boxing gym. The bare space and huge, un-bordered prints make the show an immersive experience. Upstairs could be the locker room, with portraits of the boxers during or after their training efforts. The dark, marked floor, grey walls and typeface and concrete ceiling all make the monotone images stand out from their surroundings – it is one of the best presented shows I’ve seen.

The mixture of various analogue formats, all black and white and often out of focus and challengingly framed makes a lot more sense as one reads the quotations that were interspersed with the images.

The gym is a shadowy space, sometimes shot through with the piercing light, colour or pain, but most of the time a monochrome blur of effort and fatigue. The blur is also produced by the swing of heavy bags, the whirr of skipping ropes, the rapid, repeated physical motions the boxer extorts form his body – jumping, skipping, hitting, pressing up and down on the floor.

It has been a while, but I know that feeling; training so hard that you begin to operate on memory and instinct. The world beyond the bag or the oar blurs to rough shapes and echoes. It begins to explain the choice of the word ‘aura’ in the work’s title.

A decent-sized audience gathered to listen to the artist. Max Kandhola is principal photography lecturer at Nottingham Trent University and an artist that has exhibited widely, producing three other books before this. Rather than talk about the individual images, he spoke of what he set out to do with the series and his approach to such a project. He described how from the very first moment that he decided upon this subject matter, he knew how the show, the book and the design would look. Some of the influences are certainly not what one might have expected as he sites On the Waterfront, West Side Story and the third series of The Wire.

Despite having spent 17 years photographing boxers, it seems that Kandhola is not keen on the sport. His images avoid the masculinity, the ‘body-beautiful’ and any actual fighting. He isolates individuals – there is usually only one person in each picture, never an opponent or pair of combatants. He offers respect and dignity to characters who populate these gyms that are often drawn from the fringes of society. Once in the gym, the discipline and codes of conduct take over and provide structure. The boxing club becomes significant for the individual but also the wider community.

As he speaks, we begin to understand the dedication, time and thought that the artist has invested to ‘penetrate at the centre of boxing’. He quotes texts from the sport’s historians and others who have documented it visually – he says that he is adding his chapter, rather than writing the whole book. It strikes me that this is what sets such an artist apart from the average photographer; it is a commitment to, and belief in a project I have seen repeatedly from the artists I aspire to. Kandhola seems particularly focussed, explaining that he only shot the pictures that he ‘needed’ and occasionally pretended to shoot a particular shot at the request of the subject without actually tripping the shutter.

I only made specific pictures that fulfilled a criteria that I set at the beginning. That’s the only way to work. It’s harder, you make less work, but it really, really makes you think about how you construct a frame.

It is an excellent show and you must try to see it if you can. The images here form the Black and White Series and are up until 21st April. The Contact Sheets will be shown at Quad’s Chocolate Factory in Derby between 28th March and 16th April (I know that space and if the images have been printed to a similar scale to the Nottingham show, it’ll be a must) and the third instalment, the Colour Series will be shown at Rich Mix in London 6th-31st March.

Before I left, I bought the book of the show and look forward to studying the colour images in the set. 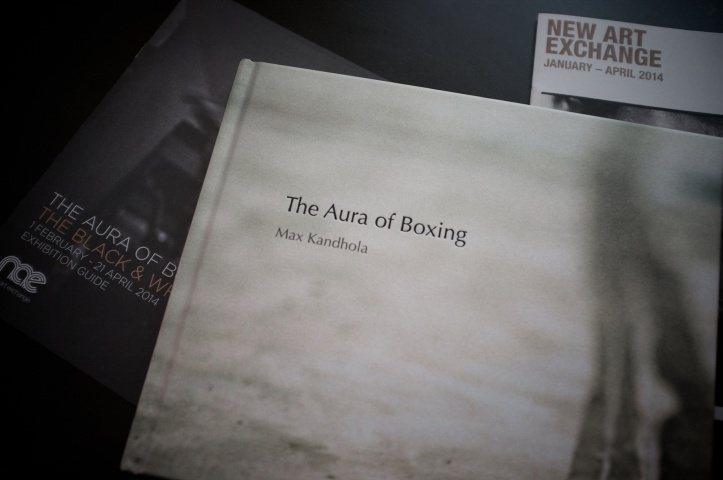