Back at the end of March, I took a train ride to Birmingham to join Martin Smith (Mr. Photowalk.Me), Hamish Gill (35mmc) and twenty or so other photographers for a walk, a chat and to take some pictures in Britain’s second city.
It’s taken me months to finally get around to gathering together a few pictures of the day (I’ve had a decent excuse) and while putting together this post, decided to get in touch with my fellow photowalkers to produce a zine of the work produced that day – more of that to come…

On the short journey from East Midlands to West, my seat was just outside the first-class compartment of the carriage. In first-class, a crowd of middle-aged men with shaved heads and designer clothes, rowdily sang Madness songs interspersed with the occasional football chant. I found it entertaining that as they left the group, and made their way to the toilet through the overcrowded, racially diverse second-class section, they were well-mannered, quiet and polite. As soon as they passed back through the doorway and returned to the safety of their number, they’d resume their hooning and switch-up the volume.
I turned to Google to work out which team was playing that day but discovered that Birmingham was actually playing host to three football supporters marches, the biggest being organised by the Football Lad’s Alliance (the others being the Alliance of Football Lads (after a leadership squabble saw a rift) and the People’s Front of Judea).

But I had a bag of cameras and a day to myself, so hoped that the train trip might be the last I’d see of the ‘lads’…

Alas, it wasn’t. On arrival in Birmingham, the atmosphere in the city was poisoned by the congregations of racists and the easily led. As I walked to our meeting point, groups similar to that which I’d shared the journey headed for their own meeting point.

I got to our rendezvous late (and missed out on Hamish’s distribution of freebies from the sponsors), but took a take away coffee and introduced myself to a few of my fellow photowalkers, many easily identifiable by the international symbol of photographers, the single, diagonal strap of a camera bag.

We set off and it wasn’t long before the paths of our walking route and the various demonstrations intersected. Not only was there the Football Lads demonstrations (against what I’m not sure), there were also anti-racism groups and a large Police presence. 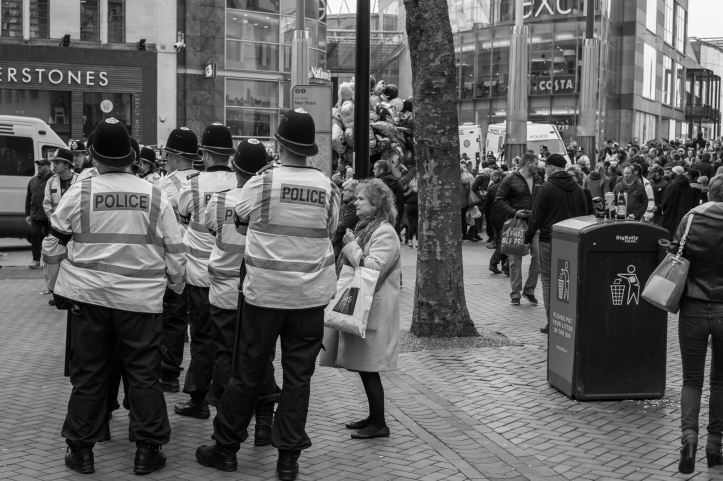 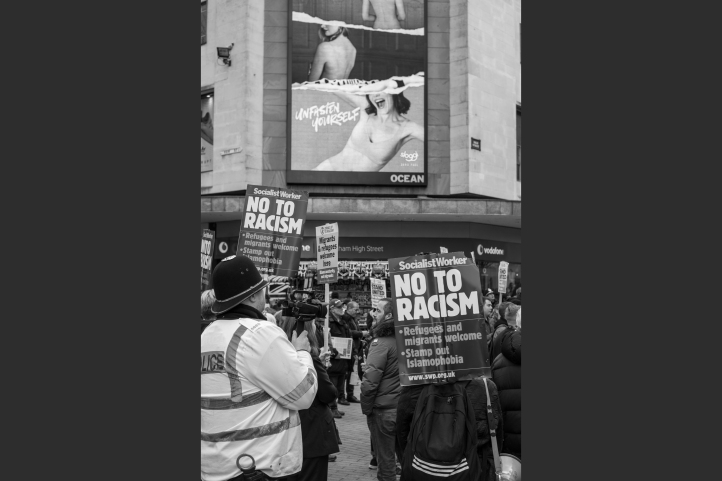 Our route took us through the main shopping streets of the city, before heading for the refuge (and refuse) of the covered markets. 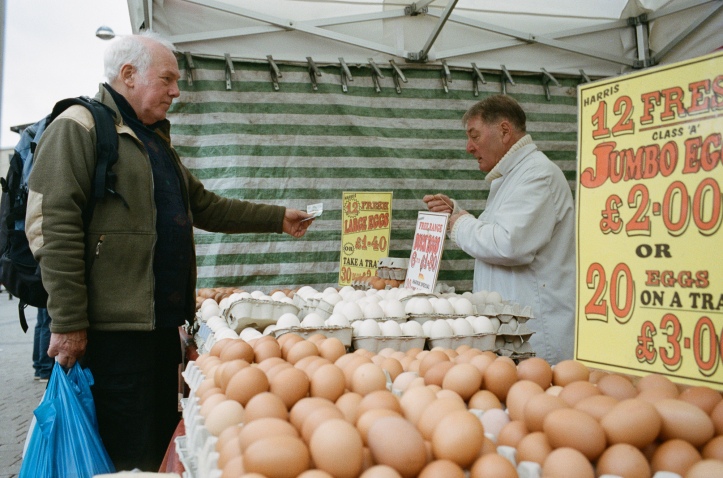 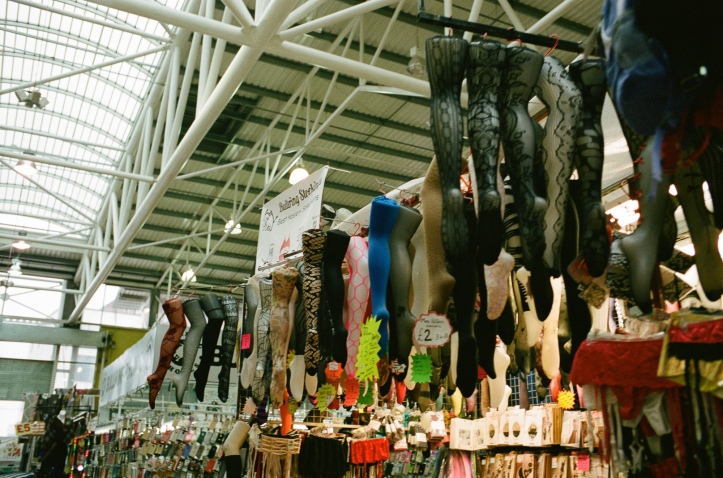 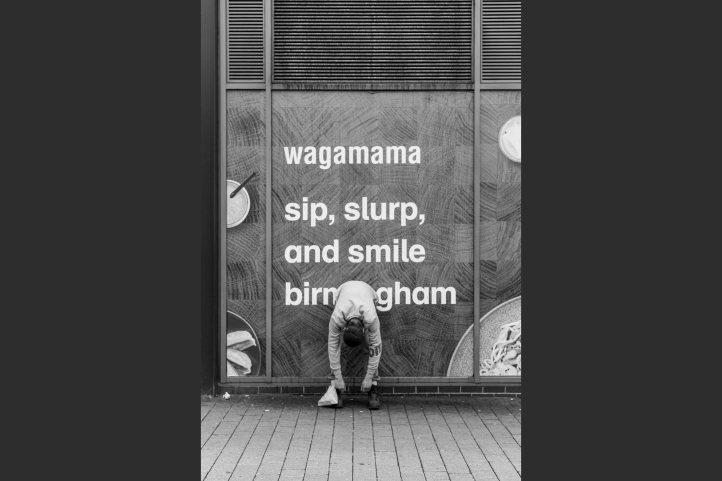 What became apparent was that the chanting rabble (them, not us) were heading our way. We stood aside to watch them pass, but realised that this was actually the end of their route. The Police had delivered them to a dead-end near the station and away from any pubs, hoping that they might just disperse having made whatever point it was they were making.

Tripods can be tricky to get the hang of… 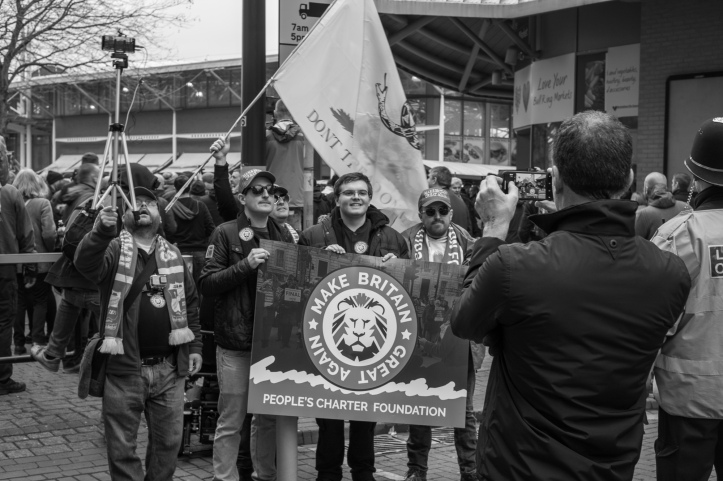 Amazingly, this idiot didn’t seem to realise that there’s no longer a need to campaign to leave the EU. That argument is apparently already won. 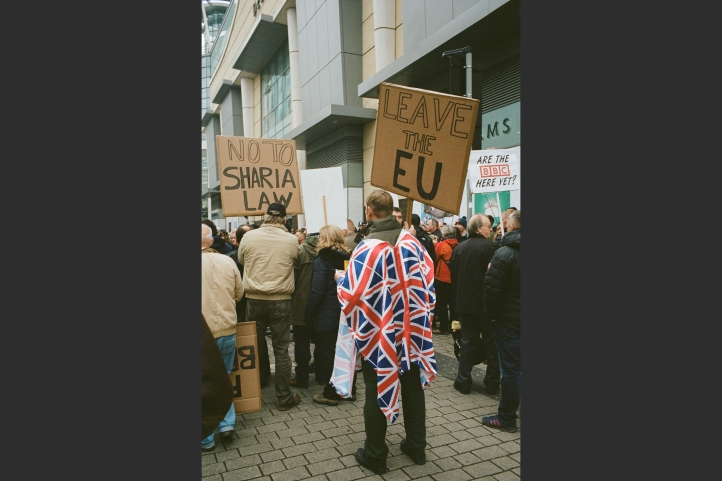 With Tommy Robinson locked up somewhere, it was left to the chief Football Lad to explain to the media what he thought they’d achieved. It didn’t take long… 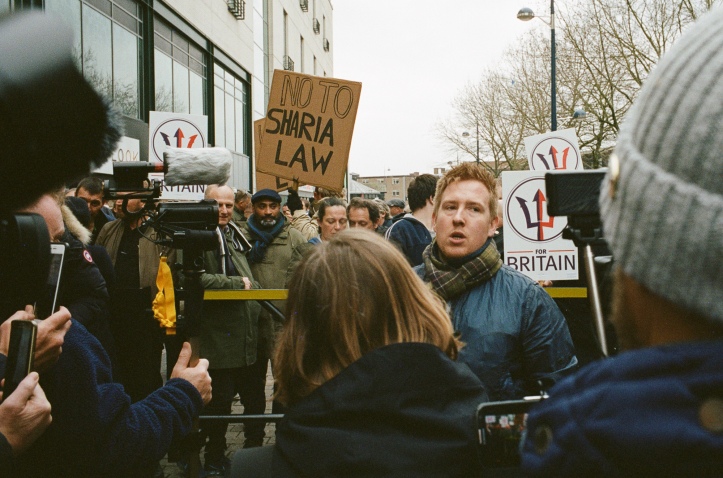 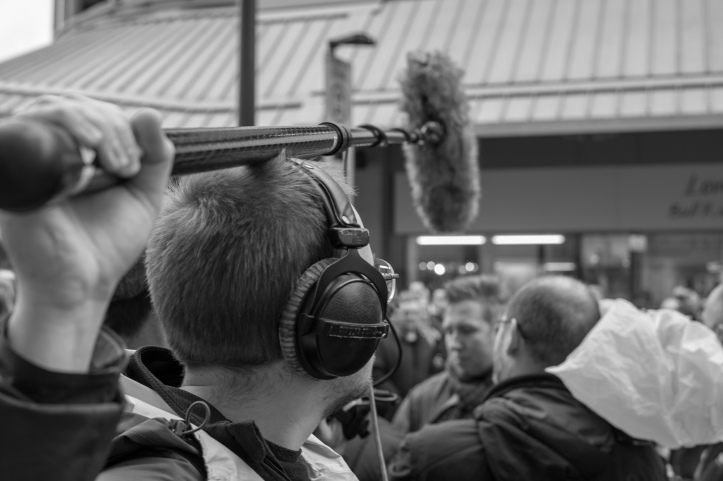 From here, our ragged band headed for the relative calm of Digbeth and the Custard Factory, and a very fine craft beer establishment. The refreshment stop gave us time to admire each other’s equipment(!) and in my case, borrow a lens from Hamish. I’d seen him writing somewhere about having bought a Lomography Minitar ‘art’ lens, the same glass found in a LOMO LC-A, and asked if I could have a look. He generously allowed me to use it for the rest of the walk.
As a result of having something new to play with, the film camera stayed in the bag and I got busy with the tiny, vignetting body-cap sized lens. Like most things Lomography, it’s not a lens for everyday use but is a whole lot of fun in small doses. I’d already found and bought one on Ebay, before I’d finished my train journey home from Birmingham. 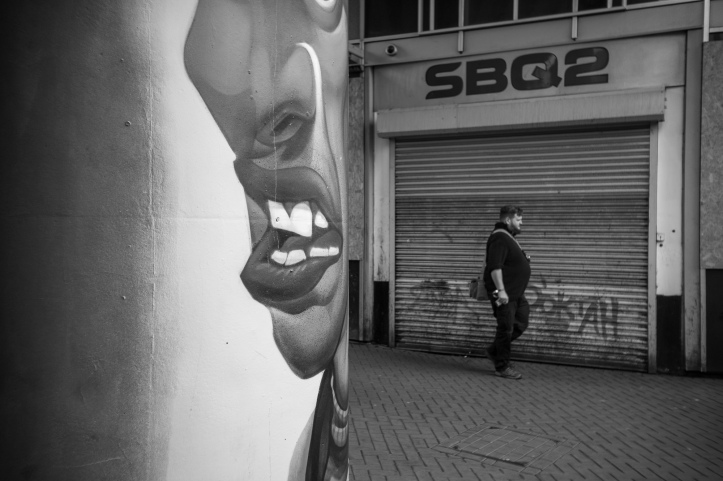 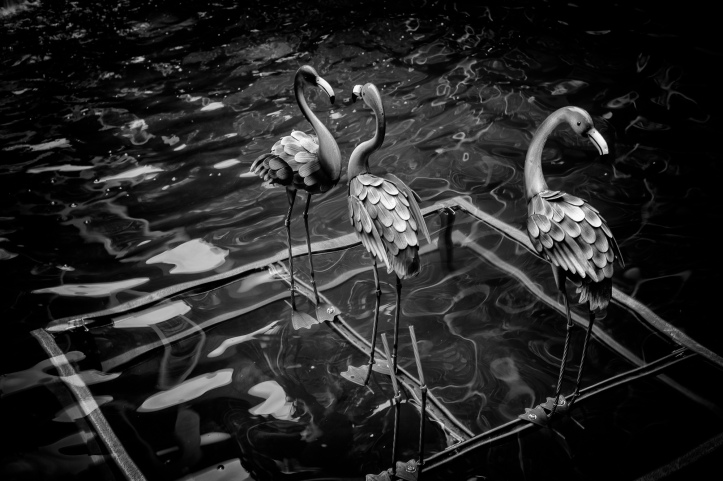 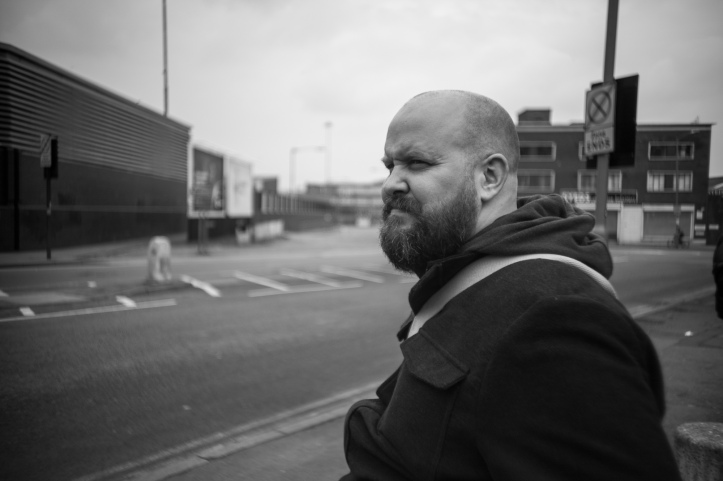 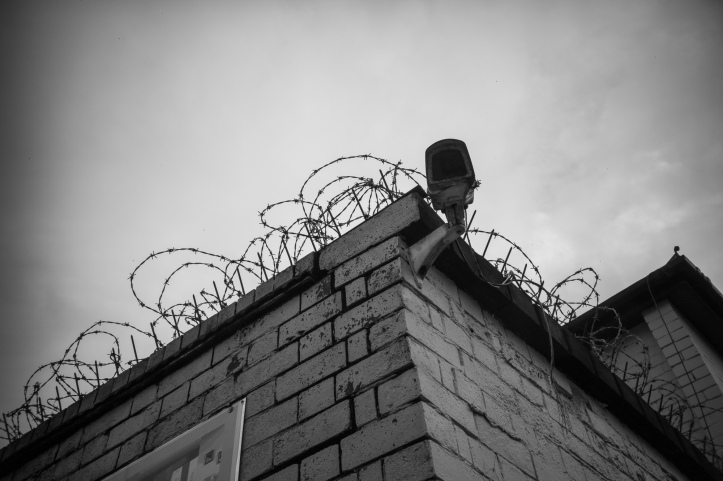 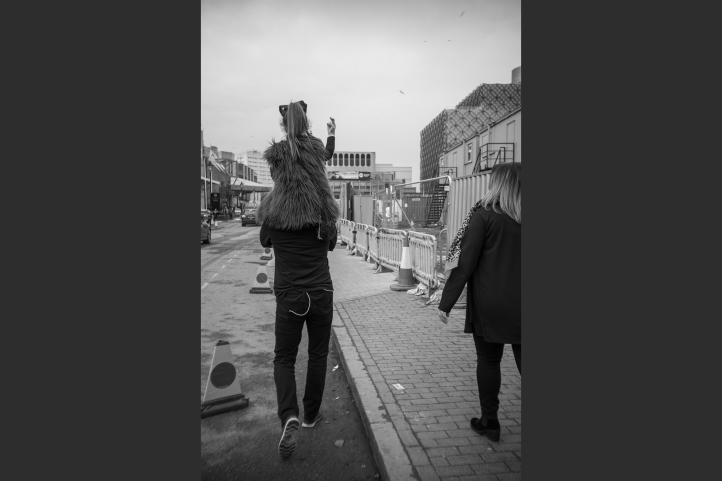 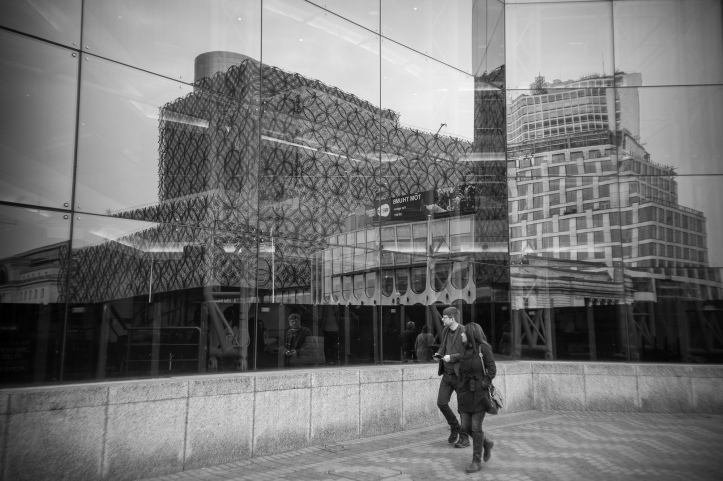 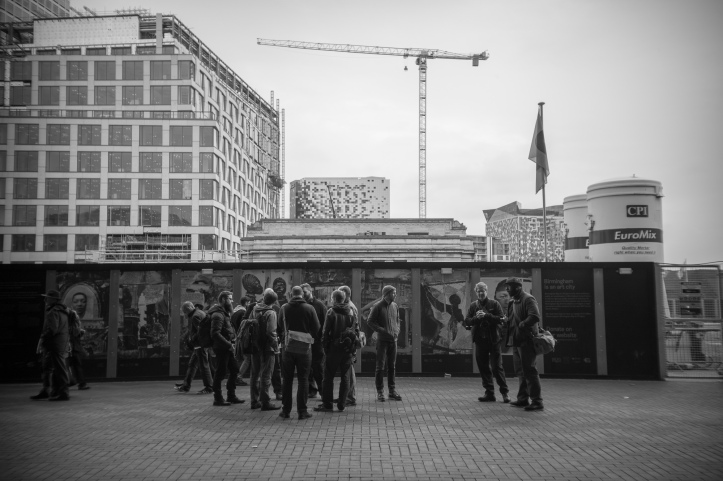 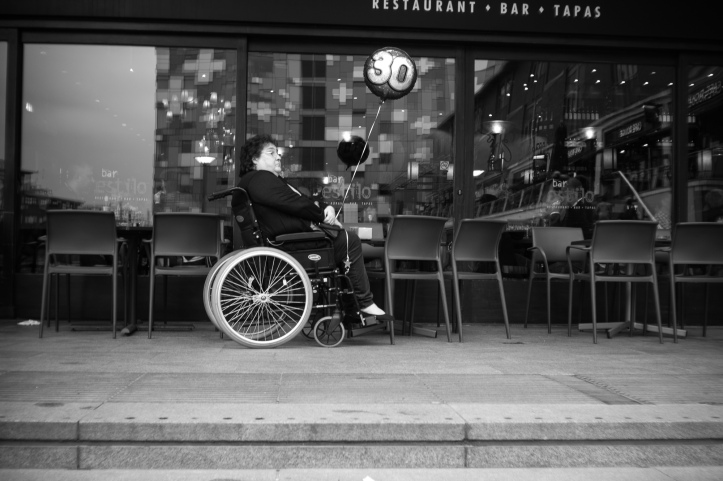 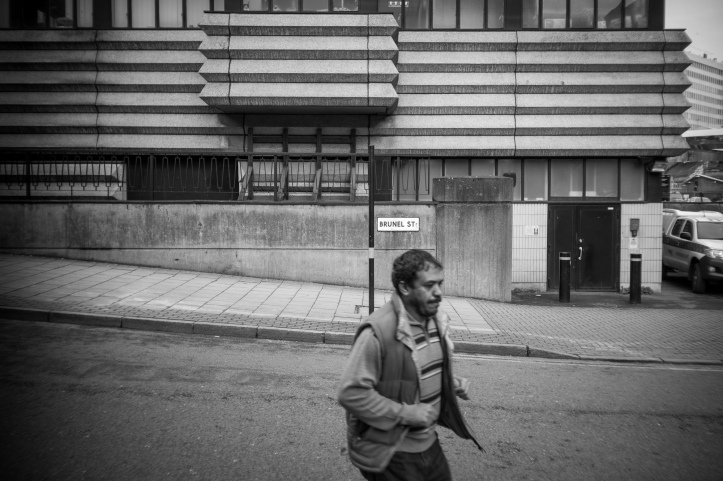 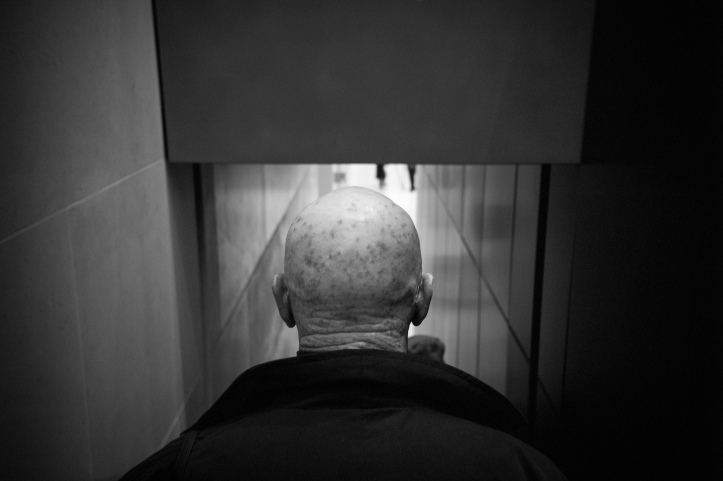 Back in the city centre and things seemed to becoming even more tense than when we’d been there earlier in the day. A couple of hours of boozing had made the yobfest even louder, and more likely to shout at a bunch of people carrying cameras. We headed for another bar and a pizza, before jumping back onto trains and heading our separate ways.

Despite the circumstances, I had a lot of fun. It was great to meet the other walkers and have an excuse for a wander around a city that I’d rarely visited, despite being so close. I hope I follow up on the zine and gather together some of the excellent work that was made on the day.
If you get the chance to join a similar walk in the future, I’d thoroughly recommend it, just check in advance if it clashes with anything…

The colour pictures were taken on a Leica M6 with a 35mm Summicron-M ASPH and Kodak Portra 400. The black and white pictures were made with a Leica M9Monochrom and Zeiss Sonnar 50mm (the first 5) and Lomography Minitar 32mm (the rest).