Ever since reading about Shizuka Yokomizo’s Stranger project in Charlotte Cotton’s book on photography as contemporary art, I’ve been thinking of ways to do something similar. I found the idea of photographing people in their home from outside fascinating. The ethics, the perceived fear of strangers and people’s mixed interpretations of privacy were all explored in the work but by informing the subjects in advance, they were agreeing to take part without the need for a conversation.

In the series, each of Yokomizo’s photographs shows someone in a brightly lit room looking out at the photographer. The artist selected the subjects’ addresses where she knew she would not easily be seen and then wrote an anonymous letter asking if the recipient would stand at a particular window, alone, at a specific time of night so that she could photograph them from the street. If they did not wish to participate they could close the curtains, while if they chose to open the door to meet her, the photograph would not be used.

I considered Yokomizo’s approach and that of OCA tutor Sharon Boothroyd in her similar The Glass Between Us project. Boothroyd knocked on doors to ask permission to take pictures of the residents within the scene she had already viewed through the windows of Oxford’s ‘academic’ district. They would either resume what they had been doing or possibly change their behaviour, knowing that someone was watching. My hope was to bring a little more community spirit to the project and the idea of keeping a distance was less important. Having said that, I didn’t want to influence the subject’s involvement by them knowing too much about me. I did feel it important that they knew I was a neighbour.

I live on a street where people don’t know each other. They leave their houses and walk as far as their car before driving away to work, the shops or anywhere else. The exceptions tend to be dog owners  exercising their pets and drinkers walking to the pub. Our house and those around it are very close to the pavement and the road beyond. If people do walk by they can easily see into the front room. Other houses on the street are further from the street and their owners seem to have even less interaction with the village.

I prepared invitations, based on Yokomizo’s and with a picture on the reverse that gave an idea of the finished result I was looking for. I posted the first 4 cards to houses chosen for how the pictures might look rather than the likelihood of the people taking part; that was something I’d not be able to tell in advance.

I made a point of posting the cards 48 hours before their appointed date and time to give them time to think about if they’d like to get involved, but not long enough for them to forget about it. I hoped that the invitations would not be treated like junk mail; another reason for using hand writing rather than printing the cards. I imagined that people would initially be reluctant, but if they considered the idea, especially the prospect of meeting their neighbours through the project, the idea might grow on them. I expected they’d see it as a scam, especially as I’d left out any personalisation, such as signing the card. What was important however was they they chose to be involved or not. I created an anonymous email address and added this to the card, just in case people wanted to change their time or ask more about the project.

After posting the first cards, my nerves grew before setting out to take the first pictures. Would people be interested or had I wasted my time? Would they be angry about the perceived invasion of their privacy and come to remonstrate with me? I decided that if half of the street got involved then I’d have done very well.

As it turned out, the first two subjects were in their windows at the appointed times. I was delighted, and despite messing up the ISO settings and having a lens that was a little short, I’d actually taken the first pictures of my project after spending so long thinking about it. I waved a thank you and left with a spring in my step. 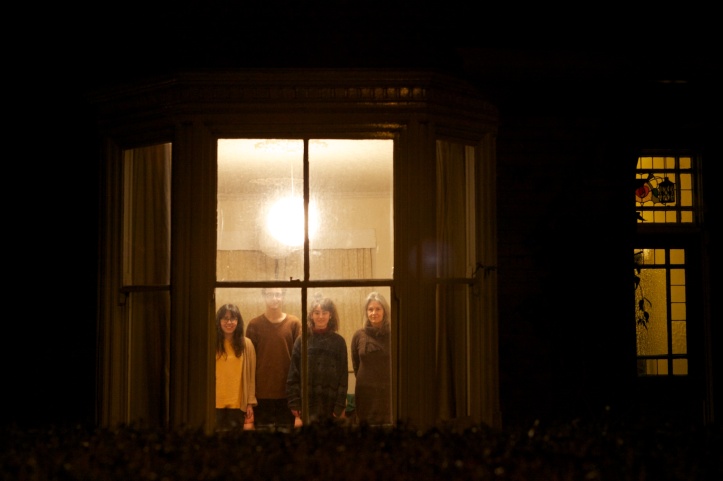 Neither houses 3 or 4 were interested though, with one of them closing the curtains as I watched – it was like having the door slammed in my face. 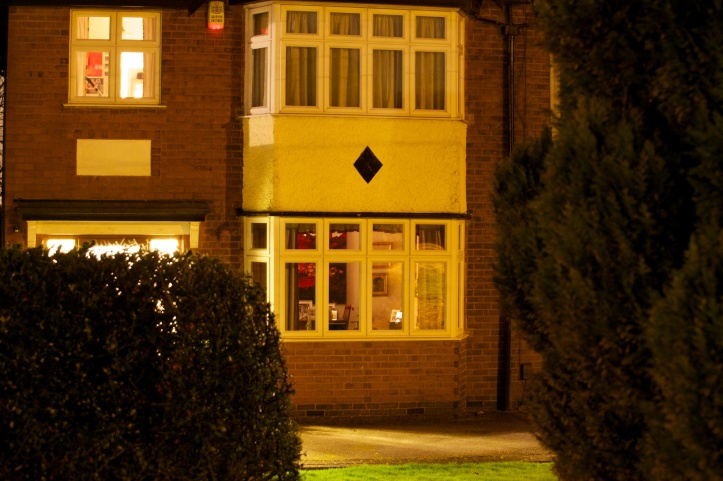 So I’m four houses into the project that is likely to take several months. I only really have until the clocks change, otherwise the appointments will need to be very late at night and my success rate is likely to drop as a result. I’ll either stop then or wait until later in the year to continue. Either way, I’ll keep you posted on how it progresses…