Walking with the Pilgrims: Ballyvourney

Since our move to Ireland in 2018, I’ve been interested in how religious the country is, particularly where we live in the rural west. An early trip to see (and photograph) Reek Sunday let me experience a scale of devotion* that’s never seen back home in the UK. Ten thousand ‘regular’ people, climbing a pretty tough mountain, many of them barefoot, showed me that the faith that drove them was something that I wasn’t used to.

I’ve seen evidence of this sort of devotion in Poland, a place that I visit often to see my wife’s family. People standing outside a full church in a snowstorm, listening through loudspeakers to the service within was one, memorable example.

So over recent months, I’ve continued to photographically explore this devotion, both here in Ireland and on our Christmas visit to Poland (more about that in the next post). Back at the start of December, I took a trip to the pilgrim path up Cnoc na dTabor and shot pictures that doubled as a podcast episode about making simple zines. A couple of months before that, I took the pictures here in Ballyvourney, County Cork. 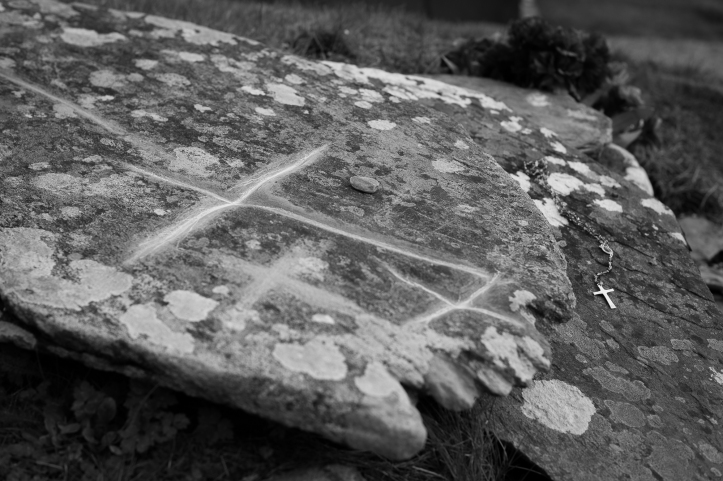 I discovered Ballyvourney in Alys Tomlinson’s fabulous ‘Ex-Voto’ book that I’d helped to ‘Kickstart’ back in 2018. In it, she visits three Christian pilgrim destinations in Ballyvourney, Lourdes in France, and Grabarka, Poland and explores the sites, their place in the landscape and the ‘ex-voto’ or offerings that are left by visitors.
The work particularly resonated with me as it showed how Ireland and Poland could be connected seamlessly in a photographic project; her photographs aren’t labelled and now, having visited two of the three locations in the book, I can play a game of ‘guess the location’ for each shot.

Ballyvourney is the site of a former convent, established by the 6th century Saint Gobnait. Gobnait is said to have been born in Co Clare. In her youth she went to the Aran Islands to study monastic life with St Enda. An angel told her that this was not to be the place of “her resurrection” (her death) and that she should tour Ireland until she found a place where she found nine white deer grazing. On her travels she is said to have founded churches at Dunquin in Co Kerry and Dungarvan in Co Waterford. But it was at Ballyvourney, Co Cork, that she eventually found the nine white deer grazing. Here she founded a monastery with the help of St Abban.

Pilgrims now will perform rounds (or turas) at the site, walking around the holy wells, the remains of the church and the saint’s grave. These ‘journeys or patterns’ involve making laps around each feature, reciting prayers as they go, according to a schedule posted along the route. As they pass, pilgrims will scratch crosses into rocks, gate posts and door frames and leave mementos that they’ve brought along.

I’m a non-believer who’s just along for the ride, but when in a place like this, that’s been visited for centuries by the devout, one can’t help but feel the atmosphere. These deep marks in the rocks that bare witness to the passing of so many people who have come here to ask for help, guidance or protection. 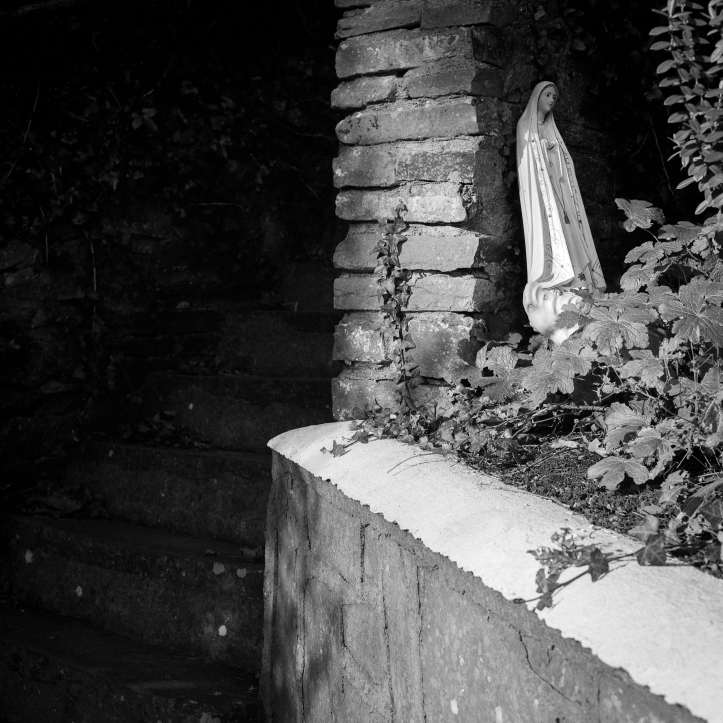 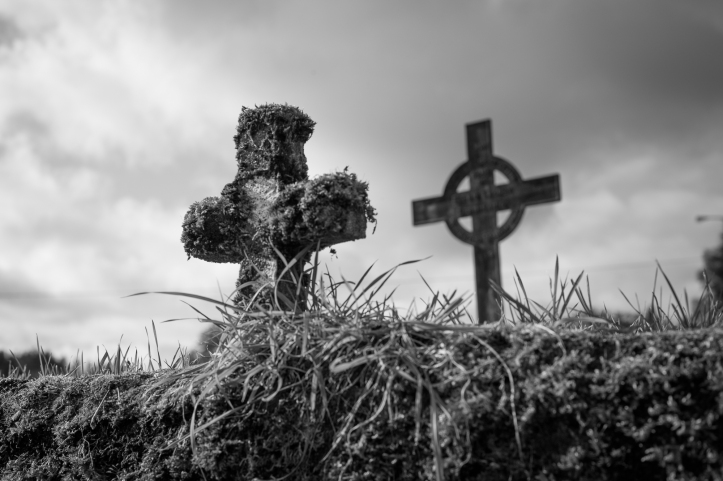 *I’ve not seen Christian devotion on this scale, only the Sikh’s Nagar Kirtan in Leicester got close…

Gubbins:
The square pictures are shot on a Mamiya C330f twin lens reflex camera, Ilford FP4+ film processed in Ilfotec DD-X in the kitchen sink, and scanned at home. The others were taken digitally.