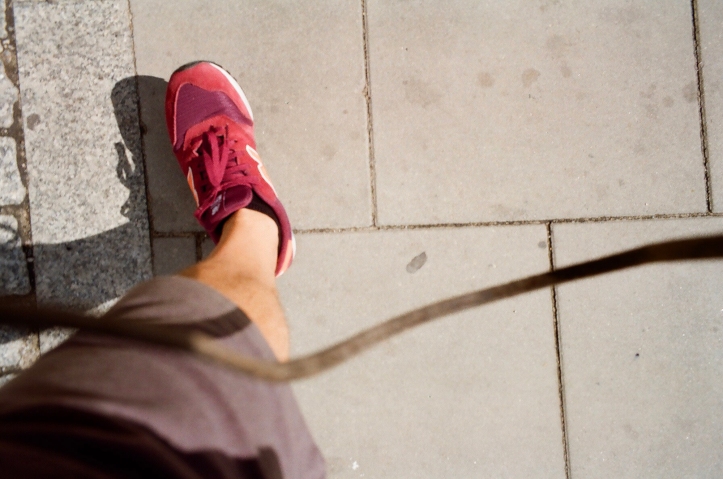 If you ever wanted to put a voice to this blog, now is the time. Over the last couple of weeks I’ve appeared on a couple of film photography podcasts talking about all kinds of subjects and have thoroughly enjoyed (in hindsight) the experience. (Click on the banners below to take a listen)

First up was the Negative Positives Film Photography podcast, hosted by Mike Gutterman in Louisville, Kentucky and Andre Domingues in Los Angeles, California. I’d been talking to Mike for a while about being on the show, and so when I was in Canada for my birthday trip (more on that to come), the time-zones aligned and I was able to chat with them at a time that we could all have a beer while recording!

Alcohol often plays an important role in the Negative Positives Podcast, and my favourite description of the show is that it sounds like some friends just hanging out in Mike’s garage, drinking beer and having a chat. It’s a lot of fun, and not too hung-up on the technicalities of shooting analogue. There are plenty of in-jokes, mickey-taking and repeated themes.

The recording session took more than three hours. I was in a baking hot Vancouver hotel room on Canada Day, not able to open the window because of how noisy Davie Village is on a public holiday. I kept cool in the only way I could, by drinking beer.
We had some difficulty with Mike’s connection, and Andre had a landlord make a rent demand live on the show… it’s that kind of podcast.
The recording went pretty well. I’ve listened to most of the 244 preceding episodes and it was strange to be actually speaking back to the guys in my headphones, rather than just listening in as usual.

I answered questions that had been set by the show’s audience via their Facebook group and while I’m pretty happy with how I answered most of them, I screwed up the answer to a great question about living in Ireland, and the more I tried, the dafter my answer became. 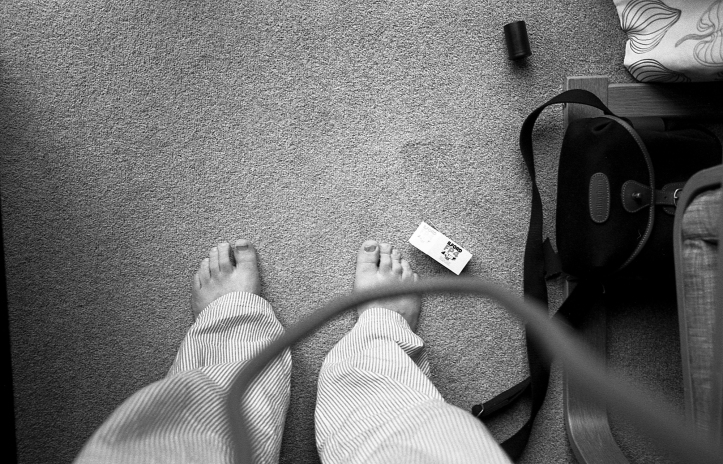 Then on Friday, I finally got to speak with Svein Olav Humberset on the Viewfinder Vikings podcast. What I like about Svein’s show is that it’s about projects, ideas and some of the motivations for taking pictures (on film) rather than just about gear. While he’s extremely knowledgeable about all kinds of cameras and processes, he looks for ways to explore projects in an effort to motivate others to get out and shoot their own.

Svein has a laid back style while I was pretty nervous. As a result, the show is mostly me jabbering on, rather than being much of a dialog. I hope that we can speak again and share the airwaves a little more.

Anyway, both were really enjoyable experiences and I hope that people got something from them, and even if they didn’t, that it at least passed away some of their time at work/in the car etc… 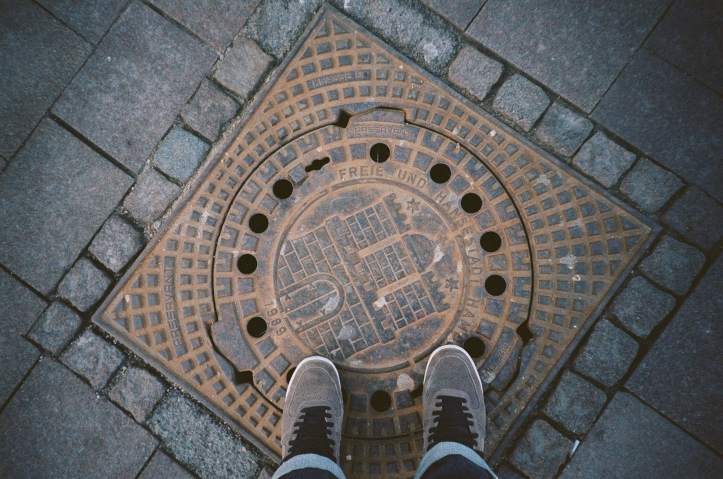 There are plenty of (film) photography podcasts around at the moment and it is possible to listen to nothing else. I can occasionally overdose on them and reach a saturation point, where one can blend into another as a result. This means that my podcast feed needs to be ‘curated’ a little – I’ll listen to some as soon as they hit my feed whereas others will only be played if I run out alternatives.

After a few episodes, each podcast tends to settle into a particular niche with some being very gear heavy, with very little mention of what is actually done with the equipment. Others are interviews with established photographers talking about their projects and what they are trying to achieve with their work – these tend to be my favourites.
Another group are opportunities for business owners to talk about their latest product or service and can sound like the hosts are just exchanging the airtime for a discount code; and some have little to say but rely on the charisma of their hosts, which only really works if the listener likes the presenter.

Of course the good thing about having plenty of choice is that you can choose to listen only to the ones that serve your particular interests. The two mentioned above are usually towards the top of my playlist, but here’s my Overcast (photography) feed in full and in no particular order (I could have made links to each, but you know how to use Google!):

Sunny 16 (well established and extremely popular. It feels like a focal point for much of the UK’s film photography activity)
Viewfinder Vikings
Negative Positives Film Photography Podcast
The Creative Bar (Jon Wilkening’s excellent show was perhaps my favourite of all – taking an indefinite break, but hopefully back one day)
10 Rolls of Film (Leo Nikishin’s podcasts are usually pretty thought provoking, especially his recent commentary on the environmental impact of shooting film)
A Small Voice: Conversations with Photographers (really in-depth interviews with some of the best photographers around. Even Todd Hido was on recently)
Ffoton Interviews (another favourite – more excellent, in-depth conversation with working (and usually Welsh) photographers)
Classic Lenses Podcast (I listen to this one with my finger on the FFWD button – some of the discussions on photographs are excellent but some of the discussions on lenses, mind-boggling! Check out their recent show with Isabel Curdes which strikes a perfect balance)
Grainy Dayz (home of the #bokehbros and lots of Nikon F100 love)
The Hypersensitive Photographers Podcast (Hamish and Em arsing about mostly, but with the occasional ‘moment of clarity’ and  on-the-money rant from two major players in the community)
The Messy Truth (I’ve only listened to the most recent episode so far, an interview with Alys Tomlinson, but if they’re all so good, it’ll stay in my rotation)
Photography Matters (definitely the best sounding voice in podcasting, although I tend to listen to all of these at 1.5x speed, meaning the Ted doesn’t sound quite to chilled. His monologues on the things that inspire him are great)
Soot and Whitewash (Neil Piper stumbling around in the undergrowth looking for railway infrastructure can be more entertaining than it sounds)
The Large Format Photography Podcast (not a format I do much with, but some interesting content none the less)
The Lensless Podcast (as above, but this one is all about pinhole)
Matt Loves Cameras (I enjoy Matt’s enthusiasm – one for compact and instant shooters mostly, but worth listening to just for the cute homemade jingles)
Embrace the Grain (Sherry’s podcast from the Albertan plains. Another podcast where the enthusiasm of the host is infectious)
Studio C-41: 1 Hour Podcast (probably the best source of the latest film photography ‘news’)
A Life in the Landscape (a local landscape photographer that I listen to to hear about Irish locations as much as anything else)

You’ll notice perhaps that a couple of the ‘big-hitters’ are missing, but that’s because I’ve tried them and just not enjoyed them for one reason or another. I won’t go into why as my opinion doesn’t really matter if those shows are something that you enjoy.

So over to you, what podcasts am I missing from my feed? And if our lists overlap, what do you enjoy about them? 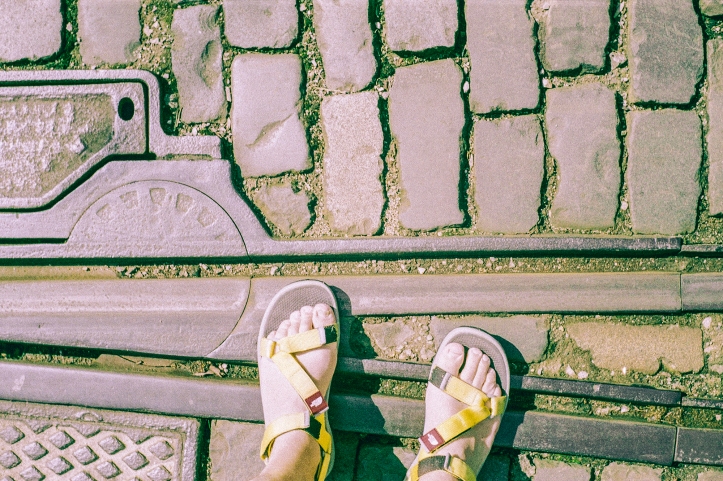 …and you’ll need to listen to the Viewfinder Vikings show to know the deal with the pictures of my feet.