Another post, and another new (to me) film; this time it’s Rollei Retro 400S. I got this roll from my Emulsive Santa during the 2017 exchange and had never got around to shooting it.

I don’t get to take many pictures, especially at this time of year, as I work during daylight hours and usually have a three year old in tow at the weekends. When I can get out to shoot, I tend not to have time for experimenting too much.

Using film can be expensive too, (especially when paying for colour processing and scanning) and so for these reasons, I tend to choose ‘safe’ emulsions whose results I can rely on. Films such as my favourite Fuji Acros, Kodak Portra and Ilford’s FP4 and HP5 are all familiar and produce results that I like and so I tend not to look much further.

On occasion, I’ve fired away with cheap, expired rolls that have hung around in the freezer for so long I’ve got no idea where they came from, and am usually disappointed by their grainy, low contrast results.
I’m not decrying the work people do with such film, and if I had the luxury of shooting more I’d love to be experimenting, but for me, right now, this is how things are.

So anyway, back to the Rollei. I’d heard Ted Viera talking on his excellent podcast about the ‘moodiness’ of Retro 400S a couple of days before rummaging through the freezer for something to put in the camera for Christmas.
I was amused by comparing our applications; Ted would be using it to shoot incredibly beautiful women, draped in carefully positioned bedsheets in Los Vegas hotel rooms. I on the other hand would be snapping my (flu-ridden) family during Winter in the West of Ireland, where the sun seems to defy everything I learned at school and make an appearance only once every third day.

Knowing that I’d likely be shooting most of the roll indoors, I pushed it to EI800. I couldn’t find a recipe to suit my Ilfotec HC when pushed, so as usual, based my timings on HC-110 instead and ended up with a massive 16 minutes soup time.
When I loaded the next roll into the camera a few days after processing this one, I saw that the ISO dial had actually been set to 1600, which might explain the grain.

As usual, Emily was the subject of most of my pictures. I’m sure that the other parents out there will understand when I explain that time spent with a youngster like this doesn’t offer too much opportunity to shoot anything else.

First up, we escaped from the illness that had taken over the house, and took a ride in Mooghaun Woods… 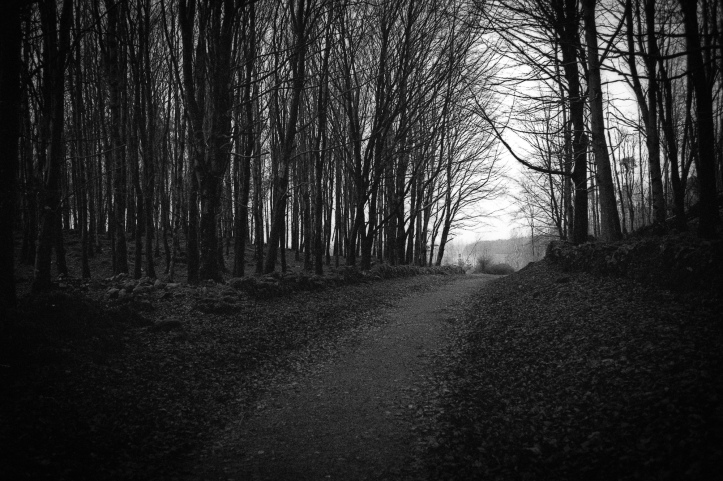 Next day, a trip to the beach at Kilkee 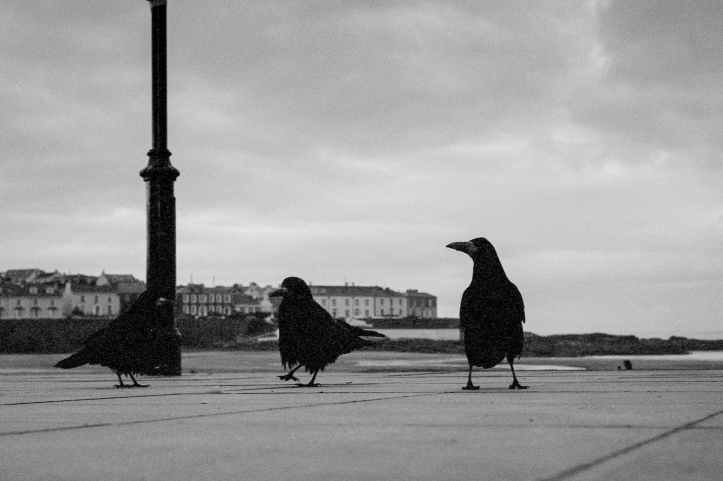 Before learning how to make pierogi with her great aunt Halinka. 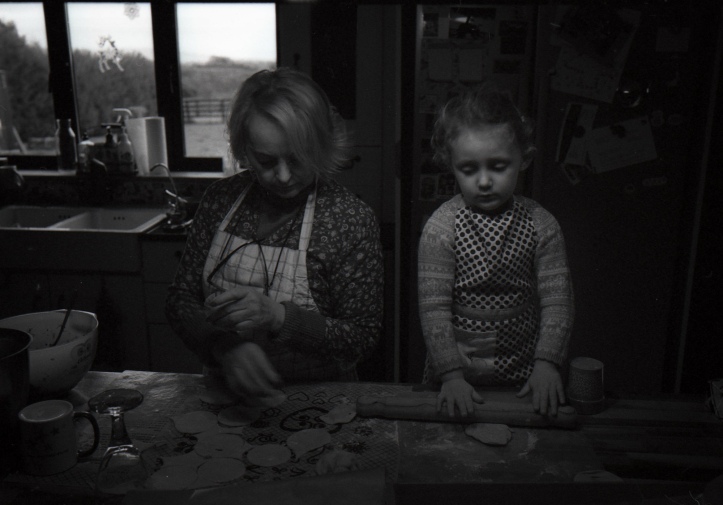 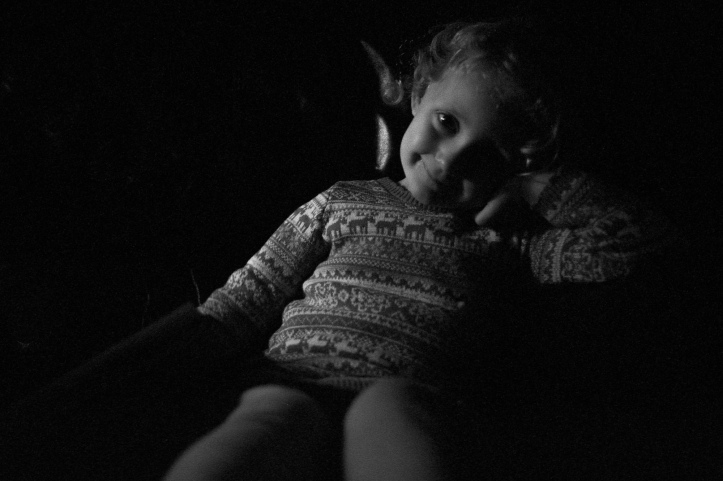 Given that I screwed up the exposure and processed the film in less than ideal chemicals, the results aren’t too bad. While other, more familiar options that I have available mean that I might not be rushing back to use Rollei Retro again (unless I happen to be in that Las Vegas hotel room with Ted (and a model)), my mistreatment shows that it’s a flexible film that’ll stand some abuse and provide an alternative to the usual suspects…