A Lap of Lough Derg.

A couple of weekends ago, I got out for another ride to explore my new surroundings, and as usual, took along a camera. So far, I’ve been heading west on these rides and touring the Atlantic coast and Wild Atlantic Way. On this occasion, I headed to East Clare and Lough Derg.

Lough Derg is the third largest lake on the Island of Ireland and is fed and drained by the mighty Shannon river. It lies just north of Limerick city, and only a few miles from the start of the river’s huge estuary.

I rode a lap of the lake from Tuamgraney on a grey day, in low, threatening cloud. The route took me through counties Clare, Tipperary and Galway although I was never in much doubt as to which county I was in at any given time. The afternoon of my ride was the All-Ireland Hurling Final, in which Limerick beat Galway, and as the season reaches its climax, almost every other house will have flags, bunting or decoration showing the colours of their team.

I’d driven the road from Tuangraney south to Killaloe, enjoying the views across the huge lake. I was looking forward to ride that would have this type of scenery throughout. As it turned out, the ride became something of a slog. The southern section of the route, from the start on the western shore around to Portroe was beautiful and everything I’d hoped for. However, from then on, the ride was through undulating countryside, with high hedges and almost no view of the water. I could have been anywhere.

I’d hoped to get home in time to watch the hurling, but the last 35km were a slog south-westerly into a strengthening headwind. At least the roads were quiet – everyone else was sensibly at home in front of the TV.

The early part of the ride was scenic with views through the clouds across the huge lake. To give my UK readers an idea of the scale of it, the surface area is ten times that of Lake Windermere. 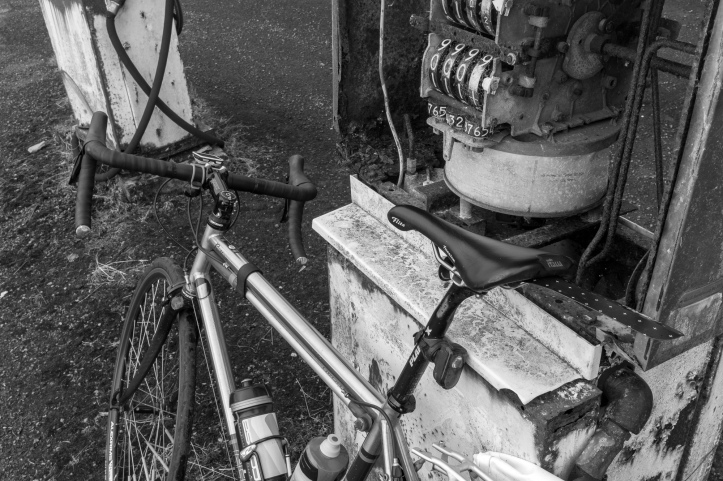 A common site in Ireland are abandoned petrol pumps outside of old garages and workshops.

I’d visited the twin villages of Killaloe and Ballina on one of the hottest days of the year. They didn’t look quite so appealing in the low-light, but are well worth a visit if only to admire the size of the Shannon flowing between them. 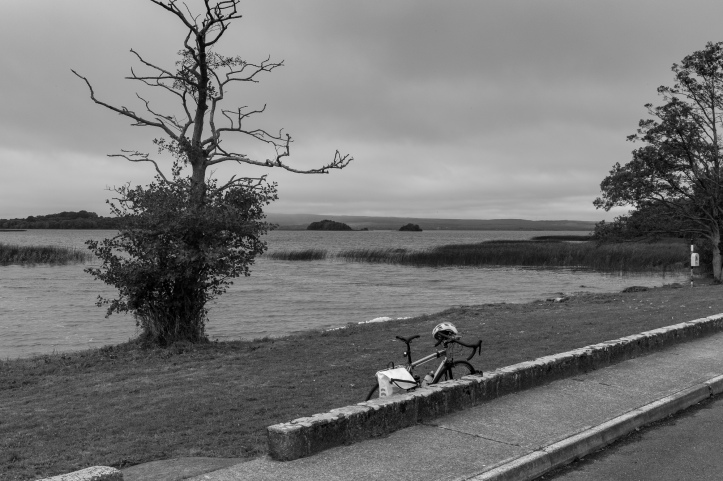 After being navigationally challenged for a while and ending up on the busy ring-road around Nenagh, I sat and had a grumpy lunch near Old Kilbarron, realising that riding around a lake means that you can’t take a shortcut home.

The Shannon flowing into the Lough at the northern end near Portumna, under a swing bridge that seems to only open a few times a month. 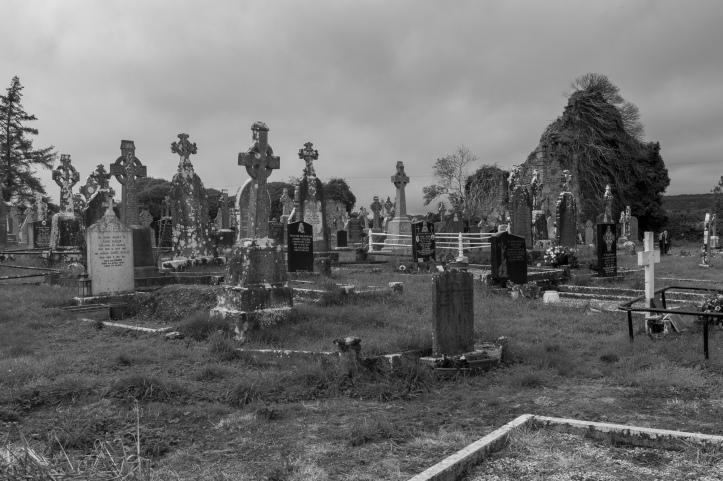 Another typical Irish scene – Celtic cross gravestones around and broken-down and overgrown chapel. A scene that summed up my mood towards the end of the ride.

Afterwards of course, as I settled down for the (second half of) the game with a beer and 125km of endorphins in my thighs, I wondered why I hadn’t enjoyed the ride. On reflection it was fine, I’d just been spoilt be my recent rides around Connemara and Loop Head and the thrill of being near the sea.

This link should show you a ‘fly-by’ of the ride…