Week 49 of my 52 Rolls project was another during which I shot more than one roll of film. I posted about the first here – the second was a roll of Kodak TMax, shot through a Canon EOS5.

I’d been reading about ephem’s EOS3 and remembered that my friend Iain, who also uses an EOS3, used a multi-exposure mode that allowed you to select the number of exposures that a frame would see, and stop-down a suitable amount. On investigation, I was pleased to discoverer that my EOS5, a lower-spec. model shared the feature.

I had shot double-exposures with it previously, but only by reloading the film and hoping for decent frame alignment.  As feels the case for the whole year, I didn’t venture far from home for this roll and relied on my ever-willing model. The ground was frosty and so the shots of leaves that I used for the base patterns were nice and contrasty. 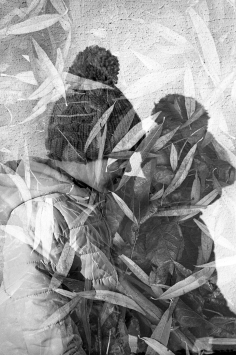 I also took a couple of snaps of the solargraphs that I have posted around the house. There are three in total – a beer can using 7″x5″ paper, and a couple of film canister cameras gaffer taped to guttering and a lamp. All three have been in place since October 1st and I plan to show you the results for my last update of the project…

Finally, one last snap taken in the city, of our ‘wheel of light’. 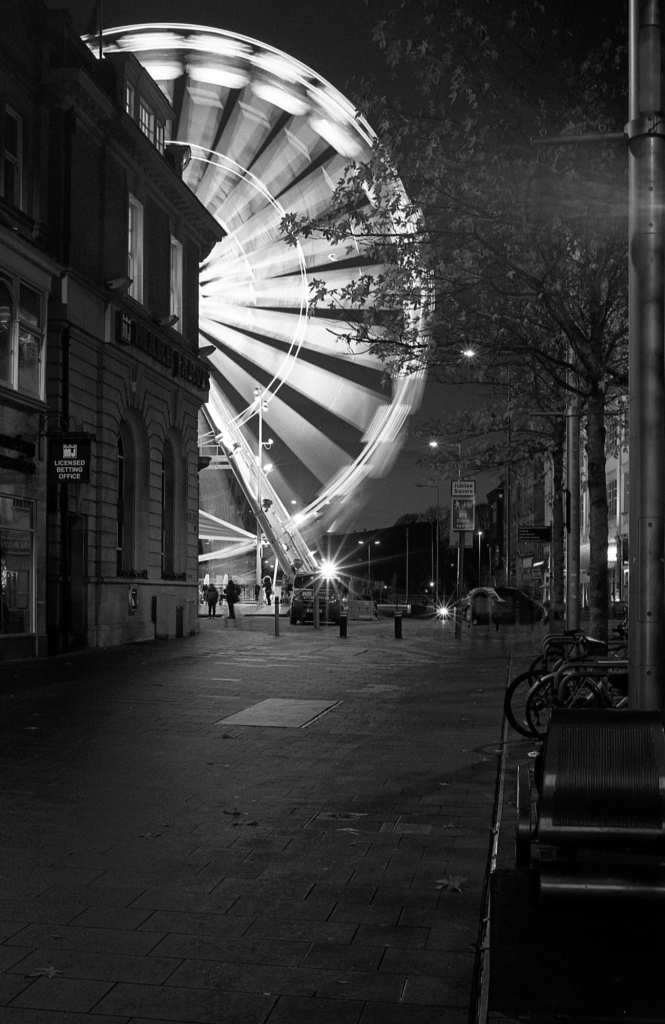