For week 2 of the #FP4Party, I thought I’d use that roll of 120 that’s been hanging around in the fridge for a few years. I’m not sure why, but it appeared to have been put into a camera and then taken out again. That meant no packaging, or the little bit of tape that identifies the film. I only had the note that I’d scrawled on it so turned to Google and sure enough, found pictures of FP4 backing paper that looked the same as the roll I had.

What I didn’t check was what other Ilford film have and know now that they’re all the same. I guess this saves a few quid during manufacture, but was a bit of a party pooper for me…

Once I’d shot the roll and, thanks to the sealing tape at the other end, realised that it was actually HP5+, I couldn’t find any recipe for the film shot at 125iso, only 400 (or faster). It would be so over-exposed that it was going to need very gentle treatment. But a brief Twitter exchange with @IlfordPhoto and I had a solution – how’s that for customer service?

And so to the results. I shot the first few frames in our local church. I was helping to document it’s refurbishment, but rather than the 600 year old artefacts, my eye was taken by the sunlight playing on the wooden chairs, covered in plastic sheeting.

Later the same day, as the Autumnal murk closed in, I snapped a few frames in the nature reserve nearby. I was using these as test frames for a look that I hope to use more often to document those same fields. I was looking for branches and grasses that were picked out by the fading sunlight, but with shade behind, hoping that they’d silhouette nicely in black and white.

And finally, a few frames shot in our shed. The previous owner left some pretty heavy duty fencing and posts that I photographed a couple of weeks ago and I was keen to shoot them again on film when I next had black and white in the Yashica. The light through the filthy windows is lovely… 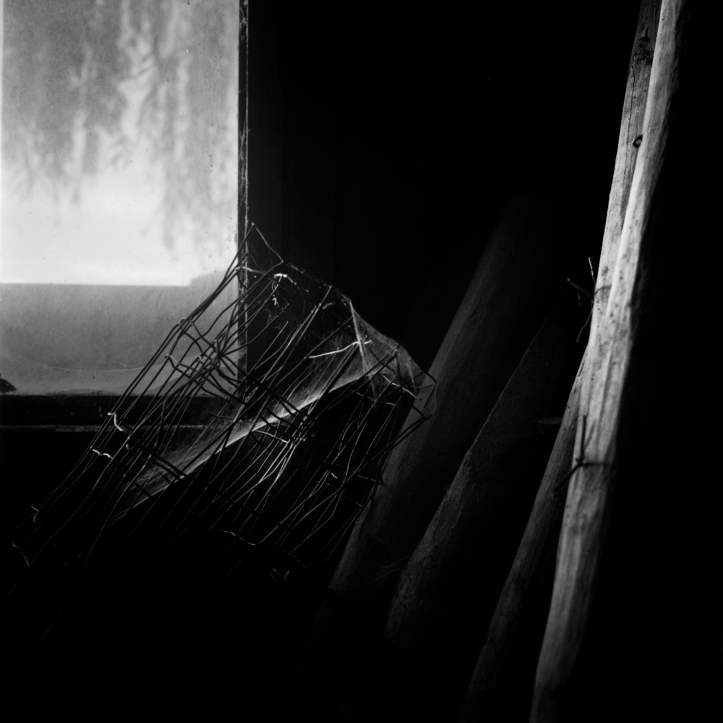 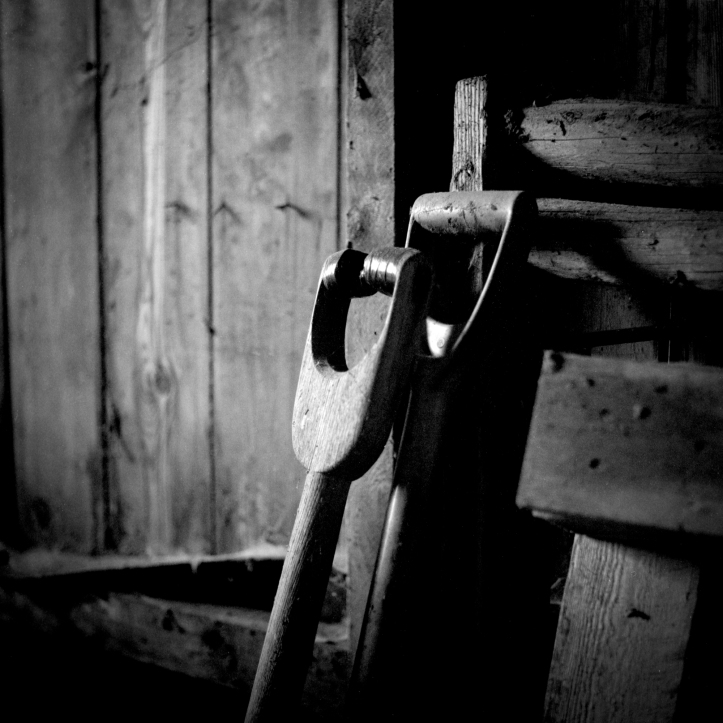 So while the mix up meant that I had to shoot a roll of FP4+ in a few hours for the party yesterday, I’m pretty pleased with the stuff I got from this roll. It shows that film is pretty forgiving stuff, and even when over-exposed well beyond its recommended limits, it’ll still produce good results.

My previous entries on 52 Rolls are here.